Noodles from Ruma in America and Canada 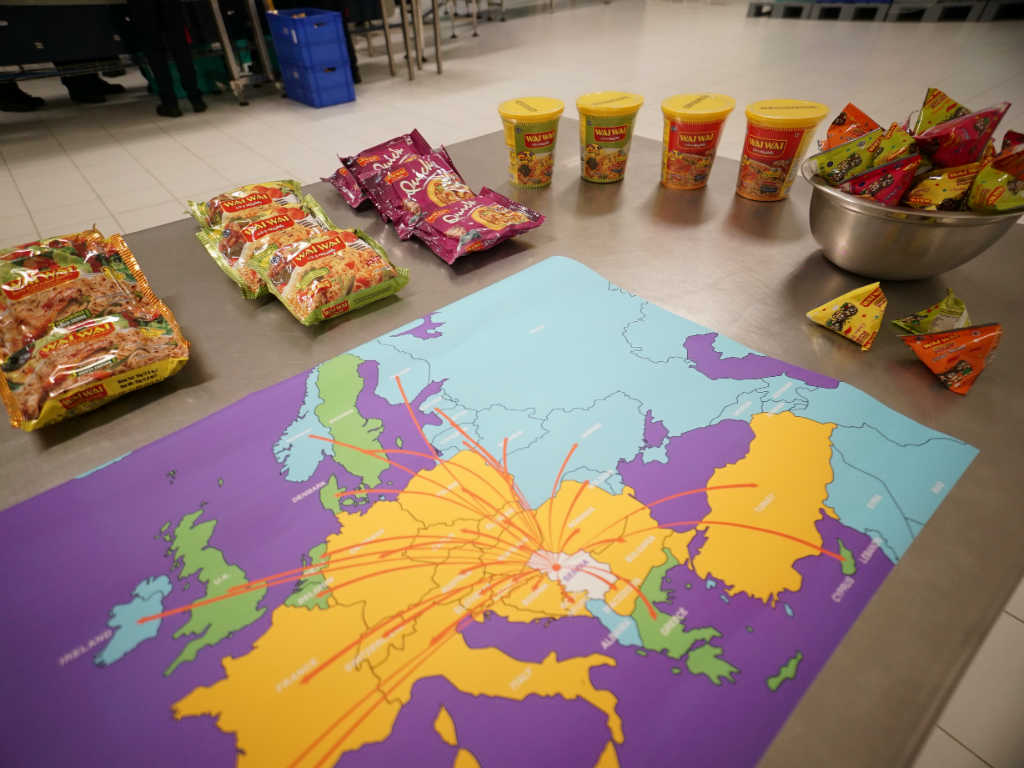 CG Corp Global from Nepal, which opened its first Wai Wai instant noodles plant in Europe in October 2017, in Ruma, is to start exporting to America and Canada as well, the company announced.

– When we were opening the factory in Ruma, we wanted it to be the foundation for the company's further operations in the territory of the entire Europe. We have managed to achieve this: Wai Wai noodles are already being exported throughout Europe, but we also started exporting noodles produced in Serbia to the United Arab Emirates, and we will start exporting to America and Canada in the upcoming weeks as well – says Director General Vipin Pangeni.

The export of noodles began with shipments to Great Britain, Portugal, Denmark and Italy and continued with exports to Germany, Cyprus, the Netherlands, Belgium, Norway and other European countries.

Globally, over two billion packages of Wai Wai noodles are sold in the world annually, and, with the opening of the Ruma plant, the company CG Corp Global began its operations in Europe. The Wai Wai plant is a part of the global conglomerate of Cinnovation Group, which consists of 122 companies and 76 brands and operates in several spheres – infrastructure, hotel business, banking, phone services, food industry, hydro power plants, education, cigarettes and drinks.

With its world-renowned brand of Wai Wai noodles, CG Corp Global will take part in the biggest world fair of food and drinks, Gulfood Dubai, this year as well. Each year, this fair, which will take place from February 18 through 22 this year, draws in professionals from all over the world. A record was set last year – 5,000 companies-exhibitors from 120 countries.