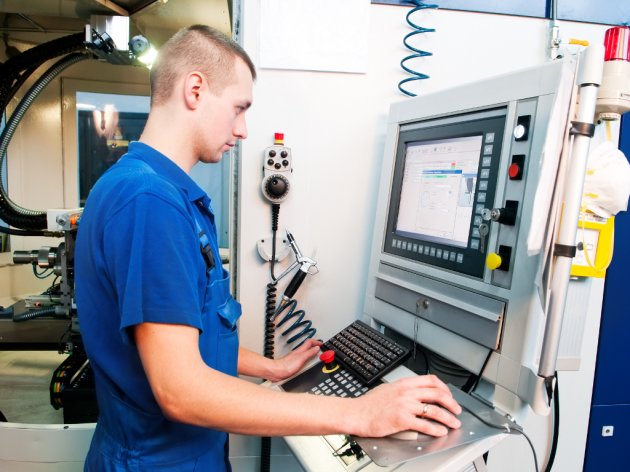 (Photo: Dmitry Kalinovsky/shutterstock.com)
The investment team of eKapija has performed the analysis and formed the list of investments and investment ideas which caused the greatest interest among our users in 2017. The results are very interesting, some of them expected, though there are lots of surprises as well, which is why we've decided to share the information with you.

Just like a year before, the state followed the goals of the new industrial strategy in 2017 in order to accelerate industrial development and facilitate the adoption of new technologies.

The aim was clear – to invest in attracting high-tech companies which will employ better-paid, highly-educated workers, in addition to stimulating investments which lead to employment of a large number of people with lower wages.

That this is highly necessary is shown by the analyses of incentives the state provided for investors between 2006 and 2016. Of 188 projects in the field of manufacturing industry, only 4 high-tech projects received incentives, and then only 0.5% of the approved amounts.

Although this year's list is once again dominated by investments in manual production, which requires the employment of a large number of workers, it is interesting to note that the president of Serbia, Aleksandar Vucic, recently said on a state TV channel that the company which placed first on our list will pay its future engineers EUR 1,000 a month.

Summing up the results presented on the list, it is clear that, as was the case in the past years, the investments in the field of automotive industry dominate. Nearly a third of those on the list come from this sector, which is becoming more and more important year after year, both through the employment of a large number of citizens of Serbia and through considerable amounts of money from exports.

Another thing needs to be noted when it comes to the automotive industry. The investments are present throughout the country – from Subotica all the way to Vladicin Han.

When it comes to other industries, the list traditionally features representatives of the textile sector, mining and the arms industry, and the list also includes some, perhaps not as expected, fields. A future industrial park, a laundry and an aviation company have placed on this year's list.

The first spot belongs to one such company. The information that one of the best producers of innovative lighting systems, Austria's Zumtobel, will open a factory in Nis is what drew the most attention among eKapija's readers in 2017.

This company, “the Mercedes of modern lighting technologies”, as Serbian President Aleksandar Vucic called it, should open a factory in Nis worth around EUR 30 million in mid-2018 and employ over 1,000 workers there.

(Photo: bibiphoto/shutterstock)
That the arrival of this company is a great opportunity for local producers as well was noted in mid-2017 by the president of the Chamber of Commerce, Marko Cadez, who emphasized that around 50 companies had already talked to Zumtobel representatives about future cooperation up till then.

Let us also add that Zumtobel recently announced that it would move the production activities of its daughter-company Tridonic from Austria to Serbia.

The second place belongs to IGB Automotive, whose importance is shown by the fact that it has placed on each of our lists since 2013.

This German investor started the year 2017 by opening a new production facility in Indjija, where more than 500 new workers have been employed. The company, which produces car seat and steering wheel heaters, seat occupancy sensors, cables and electric control units in Serbia, invested EUR 4.5 million in this facility.

In 2017, IGB Automotive marked the tenth anniversary of its activities in the Serbian market, during which period over EUR 16 million was invested and 2,300 people employed. In mid-2018, IGB will open another facility, and EUR 2 million will be invested in the equipment for the production of one million fan motors a year.

The Turkish company Taypa placed third on our list thanks to its announced investment in Kraljevo. This comes as no surprise as the memorandum of understanding between Serbia and this company envisages investments of EUR 35 million and the employment of 2,500 workers.

The Turkish company should also build a Vocational School for textile workers in Kraljevo and move the production to the premises of former Autotransport. This company's property has recently been put up for sale, and the city claims that Taypa is a sure purchaser.

Another frequent “guest” on our lists made its best showing yet on this year's list, placing fourth. Just like IGB, in 2017, the German company Leoni opened a facility and announced the construction of another one. 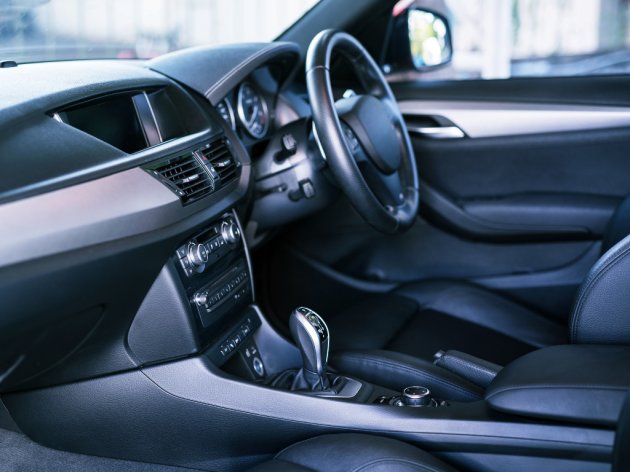 (Photo: aSuruwataRi/shutterstock.com)
In late July, this producer of cables and cable systems for the automotive industry and other industries opened its third factory in Serbia in Nis, worth EUR 22 million.

Leoni has been active in Prokuplje since 2009 and in Malosiste near Doljevac since 2013. Once the fourth facility, which is to be built in Kraljevo, as announced in late 2017, is finished, the company will have over 10,000 workers in Serbia.

Among the more interesting stories of 2017 is located in Borca. The construction of the Serbian-Chinese industrial park should begin in this suburban Belgrade neighborhood in 2018. If the announcements come to be realized, over 1,000 high-tech companies should find home on the 320-ha area of this park next to the Pupin Bridge.

As the minister without a portfolio in charge of innovations and technological development, Nenad Popovic, announced in October in China, the value of the investment would amount to around EUR 300 million. As announced, China Road and Bridge Corporation (CRBC) will build a park, another Chinese company, Arts, will design it, and it will be financed by three big Chinese banks: Export-Import, Development Bank and Construction Bank.

In line with the state's strategic plans, the focus will be on the development of high technologies, nanotechnologies, biotechnologies and the implementation of innovations and IT in the industry. This project takes the fifth spot on our list.

The sixth place belongs to a piece of news that stands out by showing that local business can produce a company interesting to big global players.

More precisely, the Kragujevac-based producer of aluminum components for the railway industry Milanovic Inzenjering became part of the German giant Siemens late last year. The job should be contracted in early 2018, and Siemens has big plans when it comes to the production of rail vehicle components in Kragujevac. The formation of a new industrial zone, Sobovica, has begun recently for this purpose. Siemens should build new factory halls there, on an area of around 300 hectares.

Back in August 2016, the first announcements came that the Filipino company Integrated Micro-Electronics Incorporated (IMI) should invest more than EUR 30 million in Niska Banja and employ around 1,500 workers in the production of components for the automotive industry. Nearly a year later, ground preparations began, whereas the construction of the factory started in September. According to the latest information, 1,200 workers will be employed in the Lozni Kalem location, and the Government of Serbia will subsidize each new job with around EUR 6,800. IMI takes the seventh spot on our list.

That the Austrian company Baumit is planning to increase its capacities in Serbia three times was recently stated by the company's director, Melanija Pavlovic, who said that the aim was to increase the production from 40,000 to 120,000 tons. The company is planning to invest EUR 9 million by 2019, and these plans helped it place eighth on our list. 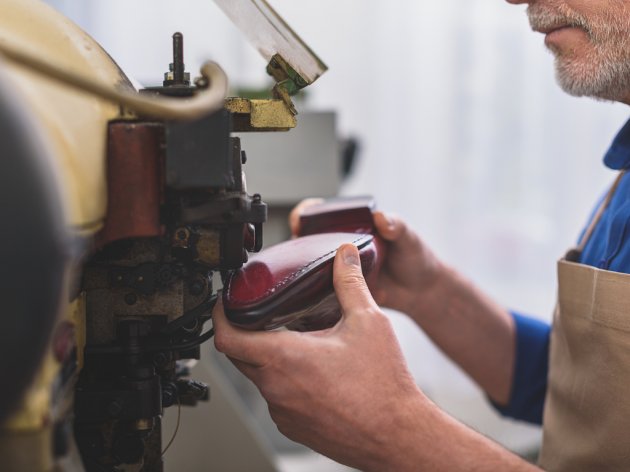 (Photo: Olena Yakobchuk/shutterstock.com)
Two investments of the Italian company Progetti earned it the ninth spot. This footwear manufacturer, which already operates in Serbia in Sombor, Vladimirci and Vrsac, announced in 2017 that it would increase its production capacities. In 2018, Progetti should build another factory in Sombor, whereas the initiation of the production in Knjazevac is planned for 2019.

The top 10 is rounded up by another German car-component manufacturer. Grammer has been present in Serbia since 2007. The company announced in 2017 that it would expand its production in Aleksinac by employing 450 new workers. This investment, worth EUR 4 million, will secure steady operations for the company until 2023.

The eleventh spot belongs to the Japanese company Yazaki, which opened a factory of cable sets for trucks in Sabac in September, in which 1,700 workers are to be employed by 2019.

Next on the list is the first new factory within the arms industry in Serbia in the past 50 years, opened by Borbeni Slozeni Sistem, a part of Jugoimport SDPR, in Uzici, near Pozega.

Henkel placed 13th thanks to its announcement that it would invest EUR 25 million in the expansion of its capacities in 2018. The company celebrated its 15th anniversary in Serbia in 2017.

It seems that we have been waiting for a resolution of the fate of RTB Bor for years now, without success. The answer didn't arrive in 2017 ether. All that is known is that the Canadian companies Dundee and Mundoro, the Chinese corporation Hunan Gold China and China Power, as well as Russia's UGC, are interested in a strategic partnership.

The 14th place belongs to another Turkish textile company – Sercan Tekstil, which announced an investment of a million euros in the revival of the Perkon clothing plant in Velika Plana. 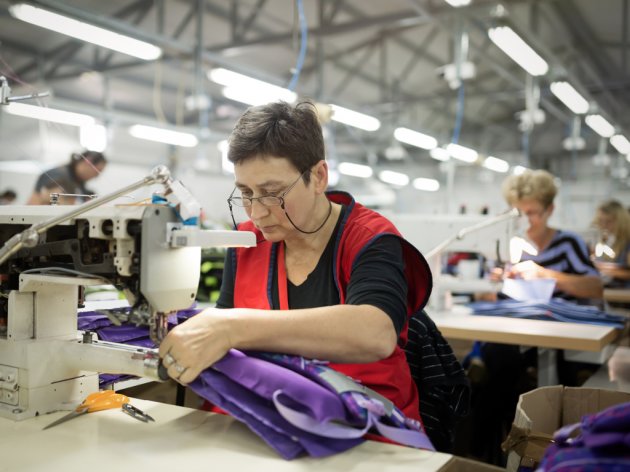 (Photo: nd3000/shutterstock.com )
Next on the list is the story of the future in mining, as shown by the memorandum of understanding signed between the Government of Serbia and the company Rio Tonto on the Jadar project and lithium explorations in the Loznica area. The production of lithium should begin in 2023.

The Turkish company Teklas Automotive took the 16th spot by laying down the foundation stone for a new production facility in Vladicin Han, where another 500 people should be employed in the production of car parts.

The Romanian company TeraSteel, a part of the Teraplast Group opened its facility for the production of construction sandwich panels in Leskovac in late 2017, and the production worth EUR 28 million is planned for 2018, according to announcements.

Weiss Light, the winner of a special award for social usefulness within the Aurea 2017 Investment of the Year awards, handed out by eKapija, follows. The company, which produces LED bulbs, LED ad panels, neon lights, beam lights and industrial bells, placed 19th on our list.

Next on the list are Auto Cacak, which announced the production of components for Skoda in the city, the opening of the biggest industrial laundry in the Balkans in Stara Pazova – Bela Harmonija, the beginning of the exploration at the Cukaru Peki site and the plans for the opening of a new copper mine and the construction of a new Delphi plant in Leskovac, where 2,500 people should be employed.

There's also the American producer of engines Ametek, which opened a business campus in June in Subotica, where 500 people will be employed, the beginning of the construction of the Duboka Prerada facility at the NIS Pancevo Oil Refinery, the investment of the Israeli company King Engine Bearings in the Uzice-based Sinterfuse, as well as an agreement between the American company Stavatti Aerospace and the local company Jugoimport SDPR on the development and the production of a new single-engine plane at the Utva plant in Pancevo.