New control tower at Belgrade Airport to be completed in 2019? – SMATSA also to build new radar in Besna Kobila 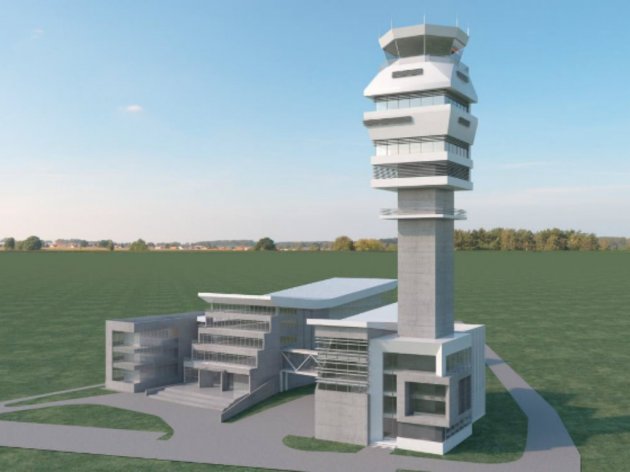 Future look of the tower at the Belgrade Airport (Photo: smatsa.rs)
The construction of a new, 75-m tall, control tower at the Belgrade Airport is to begin this autumn, announced the director of the Serbia and Montenegro Air Traffic Services (SMATSA), Radojica Rovcanin. As he said, the construction is estimated to take about a year and a half, whereas a tender for project documentation will be opened in early May.

– We estimate the construction to take about a year to a year and a half and we believe it will be completed next year. We need to leave the current tower by 2022, but we will do so much earlier – Rovcanin told Tanjug.

According to him, SMATSA took out a loan from the EBRD in the amount of EUR 35 million, and, as he says, they will withdraw the second tranche of the loan from the EIB as well, for the purpose of the construction of the tower, whereas the old tower will belong to the concessionaire, the French company Vinci.

Rovcanin added that SMATSA was also upgrading the entire system, both the hardware and the software, in Belgrade, Podgorica, Tivat, Nis, Kraljevo, and that the construction of a radar in Besna Kobila was in progress. According to him, the radar is very important and will replace the one in Kopaonik, which is not being used.

Furthermore, SMATSA is also building a primary and a secondary radar for the Belgrade Airport, a tower is being built in Nis, as is backup flight control in the city, for potential disasters, and an ALS landing system for conditions of reduced visibility, also in Nis.