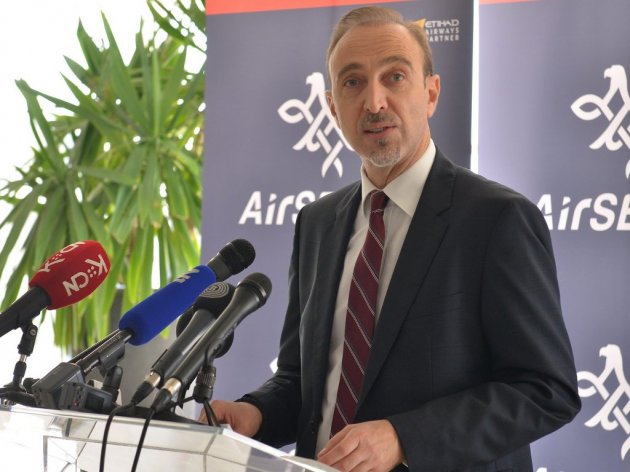 Dane Kondic
The national airline Air Serbia announced on December 25 that Director General Dane Kondic had decided to withdraw from the position after four and a half years due to personal reasons and that he was to be replaced by Duncan Naysmith in the transition period.

The press release says that Naysmith, who is currently the executive director for finance and business transformation, has been appointed acting director in the transition period, in which the airline is to reach the decision on the permanent solution for the position in question.

Naysmith has more than 12 years of experience in the leading positions in airlines.

In line with the plan for the transition in the leading position, Naysmith will immediately take over the managing responsibilities in full, and the period of the handover of duties and responsibilities will continue until the end of January 2018, until which time Kondic is to remain working in Air Serbia.

In September 2013, one month after the Government of Serbia had signed an agreement on the strategic partnership with Etihad Airways, Kondic became the head of what was then called Jat Airways.