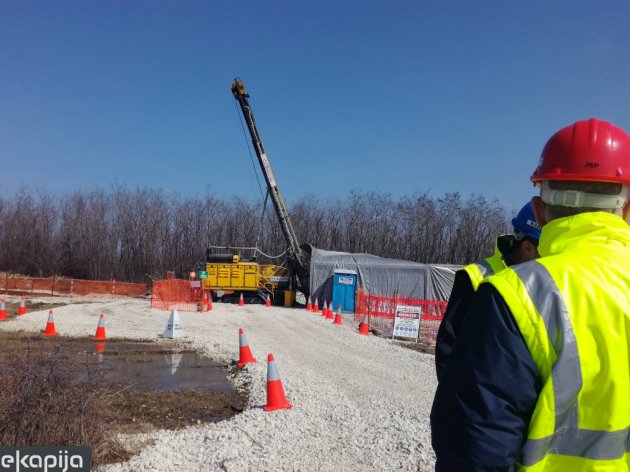 Cukaru Peki site near Bor
One of the richest copper and gold sites was discovered in the Cukaru Peki location near Bor. The concentration of cooper exceeds 2%, and sites containing copper concentrations of 1% are considered profitable.

Having finished explorations of the upper zone of the Cukaru Peki site near Bor, the Canadian company Nevsun, in cooperation with the American mining company Freeport, started exploring the lower zone of the site, in which USD 20 million is to be invested, Blic learns.

The initial results of the explorations on 14 locations at depths exceeding 800 meters have shown that this is one of the richest copper and gold sites in the world, as it has been determined that in certain spots the copper content exceeds 2%.

The quality of the site is best shown by the fact that copper sites with 1% of the metal are considered profitable, with the condition being that there is enough exploitable ore. For the sake of comparison, ore with a maximum of 0.25% copper is exploited at RTB Bor.

The geological explorations of the lower zone of Cukaru Peki, estimated to be up to 1,500 meters deep, are expected to be completed in 2018.

Following that, a preliminary feasibility study is to be prepared, which should show whether it is economically justified to open another mine in the Bor area, but it is already apparent that the lower part of Cukaru Peki is just as attractive as the upper one.

Let us remind that the Canadian company Nevsun, which owns 100% of the upper zone of Cukaru Peki, announced that the explorations in that section had been completed and that the mine would be opened in 2021, with investments of USD 1.5 billion.

According to the study, the underground mine should be exploited over the next 15 years, during which time around a million tons of copper and close to 70 tons of gold, worth over USD 12 billion, should be extracted.