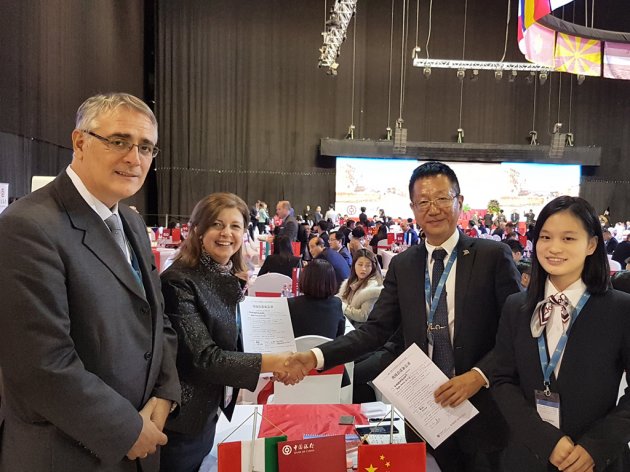 From the Budapest event
The Belgrade-based company EurologSystem has announced that it realized several agreements on establishing cooperation and coordinating activities related to the import of Chinese products to the market of Serbia and the region at the recently held “2017 China-CEEC Matchmaking Event” in Budapest, organized by the Bank of China.

One of the partners they agreed cooperation with is Changzhou Transcend.

The central event in Budapest was the sixth meeting of the prime ministers of CEE countries and China, and the 7th Business and Commerce Forum and the business B2B forum “2017 China-CEEC Matchmaking Event”.