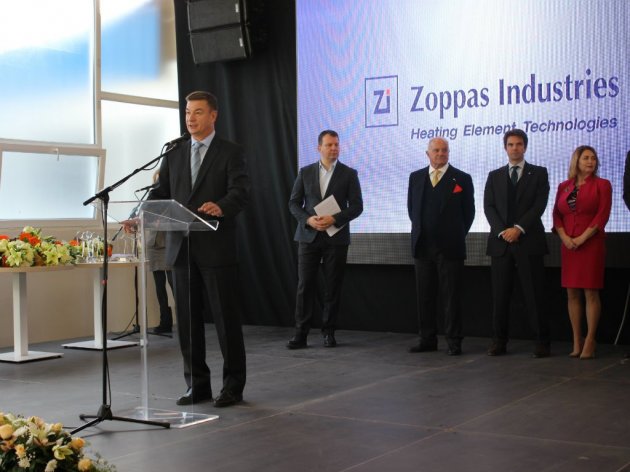 (Opening of Zoppas factory in Kikinda) A plant for the production of various types of heaters Zoppas in Kikinda was opened on Thursday (November 23, 2017). The factory will employ more than 400 people, according to a statement from the Ministry of Economy

Knezevic pointed out that this is already the third factory in Kikinda opened in the last three years. Speaking about Zoppas, the investment supported by the government, the minister said that the practice would continue.

- We will continue, financially and non-financially, to support such investments – Minister said.

Knezevic also reminded that Zoppas is an Italian investment, and Italy is one of the most important partners of Serbia, both politically and economically.

Only last year, he said, the foreign trade amounted to USD 3.7 billion, and about 600 Italian companies employ more than 20,000 people in Serbia.

Zoppas grupacija is one of the world's leading manufacturers of heating elements for home use, industrial systems and products for special industrial purposes. They are present in Serbia, Romania, Germany, Russia, France, USA, Brazil, Mexico, China. The group employs about 8,000 people and earns an operating income of about € 710 million.