Buenos Aires gets the Square of the Republic of Serbia 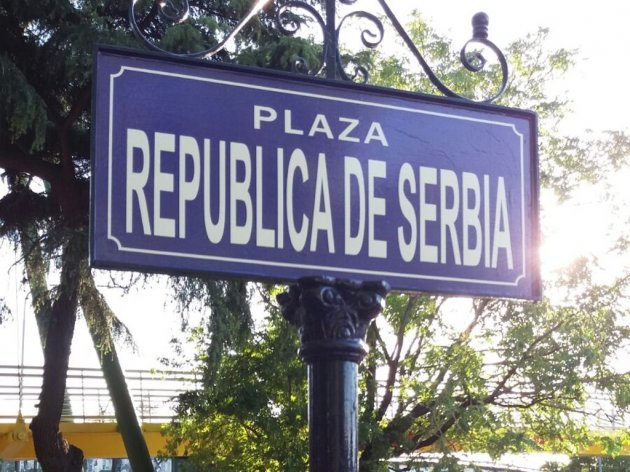 (Photo: Beoinfo)
The Square of the Republic Serbia was officially opened in Buenos Aires, with artists from Belgrade painted a 30-meter mural with motifs of Serbia and Belgrade as the capital city.

The park was opened by the President of the Belgrade City Assembly Nikola Nikodijevic, the Mayor of the City Administration Sandra Pantelic, the Assistant Mayor Borko Milosavljevic, the First Deputy Prime Minister of the Government of Serbia and Minister of Foreign Affairs Ivica Dacic and Buenos Aires City officials.

Let us remind, at Block 62 in Novi Beograd, October 26, 2017, park of the Republic of Argentina was opened.