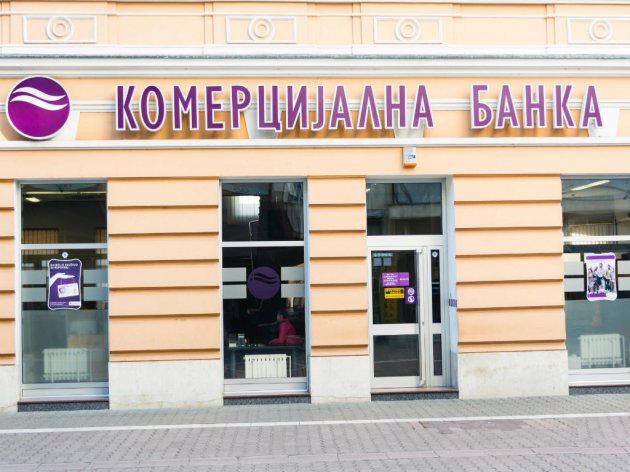 The story about the sale of this local bank, in which the state has a considerable share of 41.7%, gained traction in the past days when one of the shareholders, the European Bank for Reconstruction and Development, announced that the privatization of Komercijalna Banka “will take place soon”, Novosti reports.

Immediately afterwards, Prime Minister Ana Brnabic confirmed that there were talks with the co-owners EBRD (24.4%) and IFC (10%) and that the privatization process would have to start before the end of the year.

If not, the state will have to pay EUR 252 million to these shareholders as per the agreement from 2006. At the time, Komercijalna Banka received a capital increase of EUR 70 million by EBRD. With the onset of the world economic crisis, the bank’s shares was bought by IFC, as a part of the World Bank (EUR 40 million), the German DEG fund (EUR 20 million) and the Swedish Swedfund (EUR 10 million), whereas EBRD made another capital increase in the bank, with EUR 50 million this time.

The privatization was put aside to wait for “better days”.

The amount of EUR 252 million is certainly higher than the sum these financial institutions have invested in Komercijalna Banka so far. The question remains, however, how much a potential purchaser would give for the bank, which is currently worth RSD 30.69 billion (EUR 258 million) in the stock market. The price of one share stands at RSD 1,825.

Still, seeing how this is a profitable bank, the amount is expected to be even greater.

The privatization consultant, the investment company Nomura International London, which was chosen to perform this job back in 2015, is also expected to propose a model of privatization.

Komercijalna Banka released a public statement on Saturday, claiming that “it shares the position of the National Bank of Serbia that responsible conduct should be imperative for everyone – from the NBS, through other state institutions, and especially media, and that tendentious actualization of information from the past which have no relation to current events could bring into question the trust in the stability of the entirety of the financial system. Therefore, incomplete and imprecise information, and especially unchecked information, are harmful for everyone”.

The bank points out in its statement that it has realized record results in this year – a profit of EUR 48 million in the first 9 months, which is considerably higher than planned; that it is a long-term leader looking by foreign exchange savings, amounting to a total of EUR 1.6 billion, with over a million clients; that it is the second bank in the local market looking by its assets and that it takes up around 12% of the banking market in Serbia.