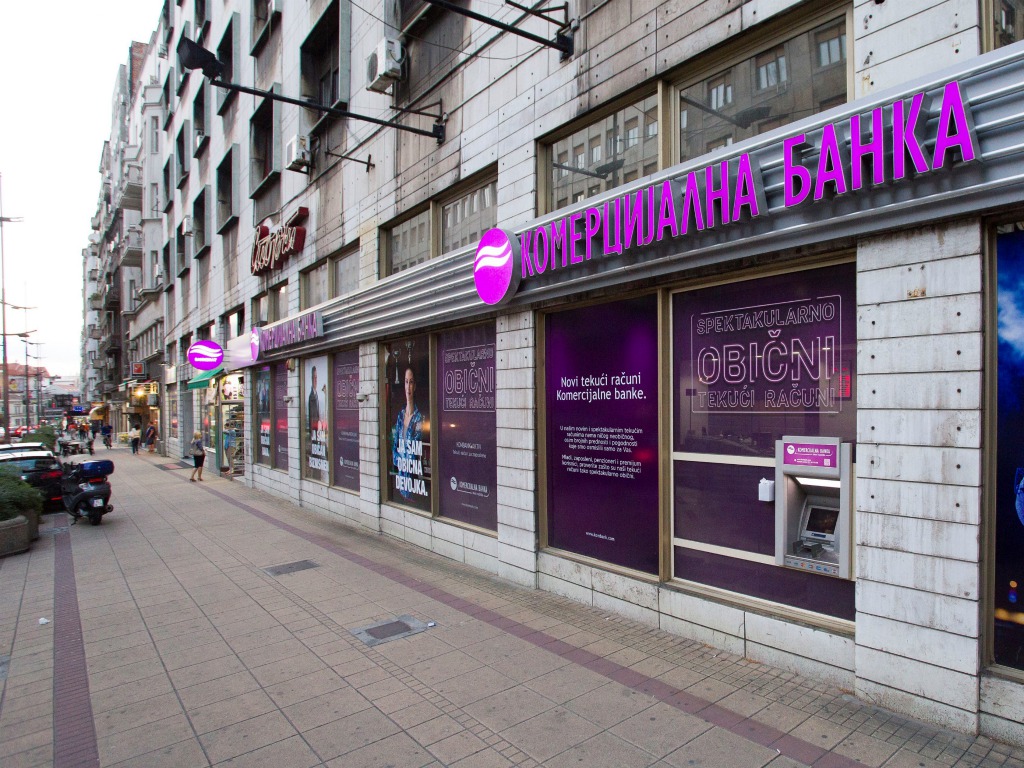 Komercijalna Banka
The manager of the Financial Sector of the European Bank for Reconstruction and Development (EBRD), Aleksandra Vukosavljevic, stated on November 7 that the privatization of Komercijalna Banka, in which the EBRD is a shareholder, would take place very soon.

– As a minority shareholder in Komercijalna Banka, the EBRD remains dedicated to the goal of the privatization of the bank, together with all the other shareholders. I believe that you will all be surprised as to how quickly the beginning of the privatization of Komercijalna Banka is to take place – she said at the International Conference of the Belgrade Stock Exchange, without disclosing the details.

According to her, the EBRD advocates privatization of Komercijalna Banka through the capital market, that is, through the stock exchange, but is not sure that this will take place, because, as a minority shareholder, it doesn't have instruments for forcing the majority shareholder, the state of Serbia, to do so.

– It is also debatable whether the Belgrade Stock Exchange could support the process from the aspect of liquidity and whether the Warsaw Stock Exchange or some other stock exchange would be a solution in the sense of dual listing – she said.

Vukosavljevic said that the privatization of the bank had been postponed for 10 years for various reasons, above all due to the situation in the market, but she pointed out that the bank had gone through a restructuring and that the corporate management standard and the risk management process had been strengthened in the meantime.

– We also faced a growth of non-performing loans in the entire banking sector and it turned out again that the balances needed to be cleaned before the shares were offered in the market – Vukosavljevic said.

She added that the fiscal aspect, that is, how much the state would earn from the sale as the majority, had been taken into consideration as well.