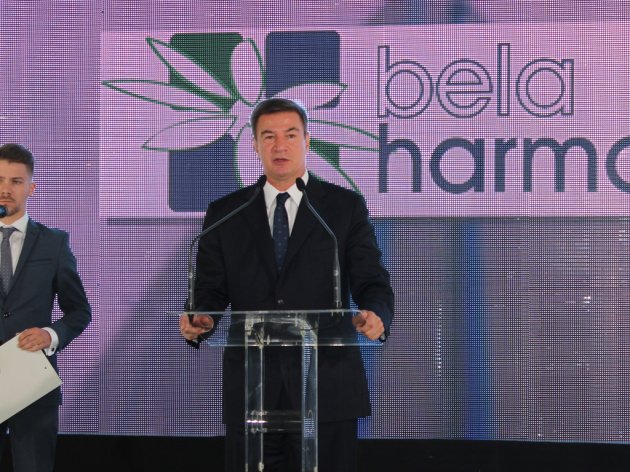 Goran Knezevic at the opening of Bela Harmonija
The biggest industrial laundry in the Balkans, Bela Harmonija, opened in Stara Pazova. By the end of the month, it should employ around 50 people.

The biggest industrial laundry in the Balkans washes 4 tons of clothes a day for now, and the maximum capacity is 20 tons a day.

– The realized investment is a true example of successful cooperation of the Serbian and the Italian economy – the minister reminded and pointed out that there were around 600 Italian companies operating in Serbia, among them the one in Stara Pazova, which had invested EUR 2 billion in Serbia and employed around 20,000 people.
Companies:
Bela Harmonija d.o.o. Stara Pazova
Ministarstvo privrede Republike Srbije
Opština Stara Pazova
Tags:
Goran Knezevic
Djordje Radinovic
laundry
clothes
industrial laundry
Share: