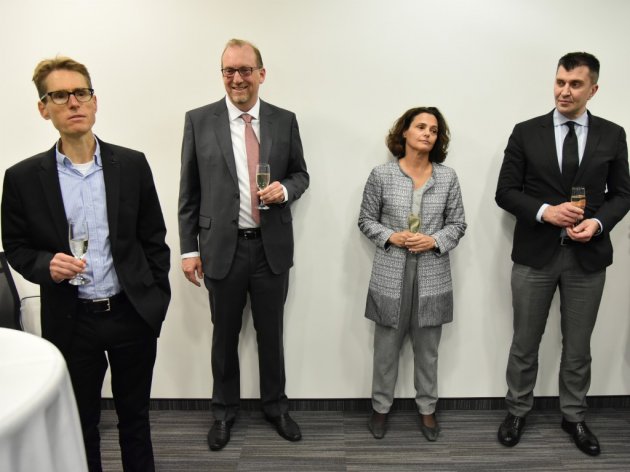 In addition to the new offices, the company is also opening centers in Novi Sad and Nis this month.

– I believe that IT is a good future for Serbia. There are already 2,000 IT companies with an average of 10 employees in Serbia now, meaning that 20,000 people are already working in this field. Some estimates say that, by 2020, there will be 50,000 people working in the field of IT, which is an indication for the young which direction to take – Minister of Labor Zoran Djordjevic said while taking a tour of the company's new premises.

The minister added that an expansion of any company's business was a good indicator, as it showed that that company believed in Serbia and young people.

– Our faculties are a treasure trove of talent and Serbia will continue inciting companies to arrive, as well as helping young people educate themselves and stay in Serbia in order to build a new, successful country – Djordjevic said.

Ambassador of Israel to Serbia Alona Fisher-Kamm expressed hope that the positive experience of Veriest would incite other companies to operate in Serbia as well.

– Everybody knows about the Israeli investments related to real estate, but they have been expanding to other fields as well in the past years, such as IT, development centers, renewable energy and others. The companies which have arrived here are very satisfied and I therefore hope that there will be more and more of them – Fisher-Kamm said.