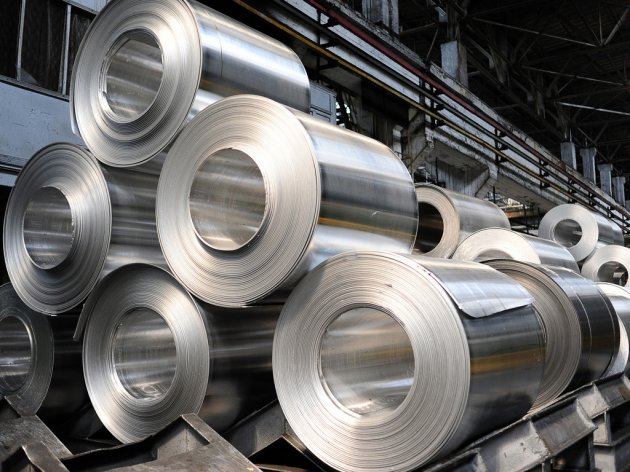 Illustration (Photo: Yulia Grigoryeva/shutterstock)
Impol Seval plans to invest around EUR 25 million by 2025 and raise the capacities from the current 51,000 tons to 95,000 tons in 2025, it was said on Thursday, October 26, 2017, at the marking of the 42nd anniversary of the plant, formerly Valjaonica Aluminijuma (Aluminum-rolling Mill) and 15 years from the privatization by Slovenia’s Impol, the local portal Uzicka Nedelja reports.

As Jernej Cokl, the head of the Managing Board of Impol Seval, said, the Sevojno plant will be nearly fully reconstructed by 2020 and have the capacity of 150,000 tons of hot-rolled coils and around 80,000 cold-rolled ones. The plan is for the company to produce 220,000 tons of cold-rolled coils a year. As part of those plans, Impol will also buy the Croatian company TLM Sibenik on October 31.

– Our products are penetrating all industries. We take the first place in Europe in the field of automotive industry. We’ve realized a big growth there, and another field in which we are very active are rolled foil products and pre-painted coils and sheets. Our tendency is to work a lot more for the automotive industry in the future and we need to invest a lot, especially regarding certain special alloys – Cokl said.

The director of Impol Seval, Ninko Tesic, said that 96% of the total realized production is exported to Germany, Italy and Russia, as well as other EU countries and the countries in the region.

In the past 15 years, EUR 89 million has been invested in the plant, leading to an increase in product quality. Realized exports amount to EUR 100 million a year, Uzicka Nedelja reports.

According to Ninko Tesic, from 2004 till 2016, the losses from the period prior to privatization were covered and non-allocated profit of around EUR 23.7 million was realized and reinvested in the company.

– Last year was one of the best years for Impol Seval’s operations. The production of 60,168 tons was realized, of which 49,038 tons of cold-rolled products. This was accompanied by the biggest profit as well, amounting to around EUR 9.7 million, of which around EUR 300,000 was paid as dividend, whereas the remaining amount was reinvested in the plant – Tesic said.

In 2017, the modernization of the hot-rolled facility began, and the production of 48,296 tons was realized in the first nine months, which fits the plan and is 1.88% higher than in the corresponding period of 2016.

Impol Seval lacks metallurgy engineers and they have therefore been providing grants for several students in the past years, slowly making up for the lack of workforce. Tesic believes that the company will soon start lacking electronics workers, whereas the problem of the lack of production workers has been solved through retraining programs at the Technical School. Dual education is important as well, as the plant has formed a special class in cooperation with the Copper Rolling Mill and the Technical School, Uzicka Nedelja reports.