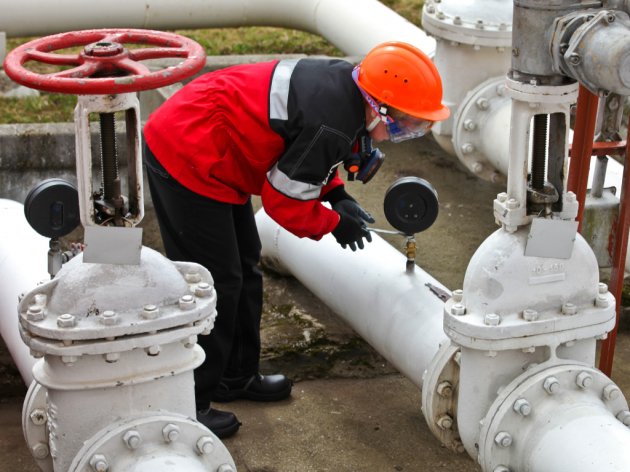 Illustration (Photo: Sarapinas Valeriy/shutterstock.com)
The construction of the Duboka Prerada (Deep Processing) facility began today at the Pancevo oil refinery and is supposed to modernize the plant and increase the efficiency of processing.

The investment is worth around EUR 330 million, and the facility should be completed in 2019.

Serbian President Aleksandar Vucic stated that he expected a lot from the project.

– This is a big step towards a more successful Serbia, with European standards, and a better future – Vucic said and thanked GazpromNeft for their efforts and energy.

He added that “NIS contributes the most to the budget of Serbia”.

Minister of Mining and Energy Aleksandar Antic and Aleksandar Djukov of GazpromNeft signed a bill of the construction of the Duboka Prerada facility, which was then put into a time capsule and built into the foundations of the future facility.

Minister Antic said that the beginning of the realization of the Duboka Prerada project was a big day for NIS and Serbia and pointed out that the investment would provide energy stability and security. He also added that the construction of the facility was important for development and an increase of the GDP.

President of GazpromNeft, Aleksandar Djukov, said that, following the completion of the project, the company would stand shoulder to shoulder with world refineries and added that he had no doubt that the project would be successfully realized regardless of its being a complicated and big project.

According to him, the realization of the investments will strengthen the position of NIS.

– Since 2009, we have invested more than EUR 2.5 billion in development, which has enabled NIS to become one of the energy leaders in the region – he said.

Djukov said that the beginning of the project showed the seriousness of the intentions of the Government and NIS and announced new investments of GazpromNeft.

Kirill Tyurdenev, CEO of NIS, repeated that the investment in the construction of Duboka Prerada, the key project of the second phase of the modernization of the Pancevo refinery, was worth over EUR 300 million. He said that new technologies were implemented there, bringing new values, and added that the completion of the construction works was planned for the third quarter of 2019.
Companies:
NIS a.d. Petrol Rafinerija nafte Pančevo
NIS a.d. Novi Sad
Ministarstvo rudarstva i energetike Republike Srbije
JSC Gazprom Neft Moscow
Tags:
NIS
GazpromNeft
Aleksandar Antic
Aleksandar Djukov
Kirill Tyurdenev
Duboka Prerada
Pancevo oil refinery
Share: