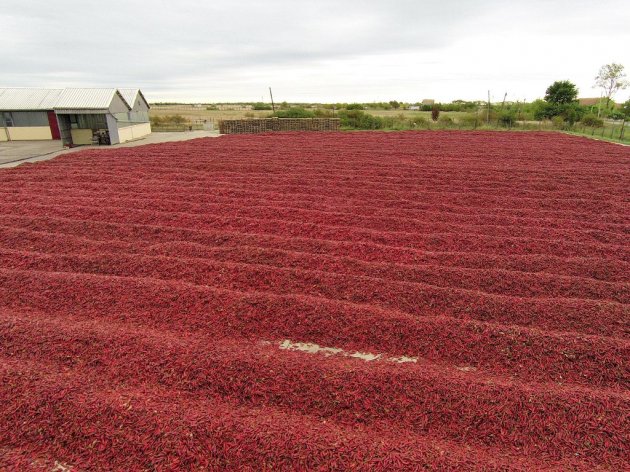 Did you know that products of renowned Austrian company Kotanyi contain pepper from Banat? Aleva Novi Knezevac has been exporting paprika to Austria for 11 years, where Kotanyi adds it to its products in order to enhance its quality.

The oldest product of Aleva Novi Knezevac and its trademark, paprika, is celebrating its 70th anniversary this year. The first batch was produced in the Obilic pepper mill, founded back in 1947. The name Aleva dates back to 1952, when Novi Knezevac and Ostojicevo units of the Horgos pepper mill stepped out of the company and founded an independent enterprise under that name.

The vegetable dehydration process in Aleva takes six months, from mid-July, where the first batches of onions arrive to the factory, to late December, when the processing of parsnip ends. At the moment, the processing of industrial pepper, their most famous product, is in progress. Around 4,000 tons of this vegetable arrive at the factory in one season.

In order for peppers to get “from soil to pot”, they have to go through several processing stages. The entire production process is automated, they say at Aleva.

Upon the arrival of harvested peppers to the facility, the vegetables are kept outside, on the so-called runway, for 12 to 18 days, during which period they go through the processes of color stabilization, dehydration and sugar transformation. They are then washed and sent to the so-called inspection belt, from which unhealthy vegetables are removed. The peppers are then washed again and sent to the drying facility. They are dried at around 60 degrees for 9 hours which produces a crust with around 7-8% water content. The said crust is stored. The next step is grinding, followed by mixing and screening for the purpose of getting an even finer powder. 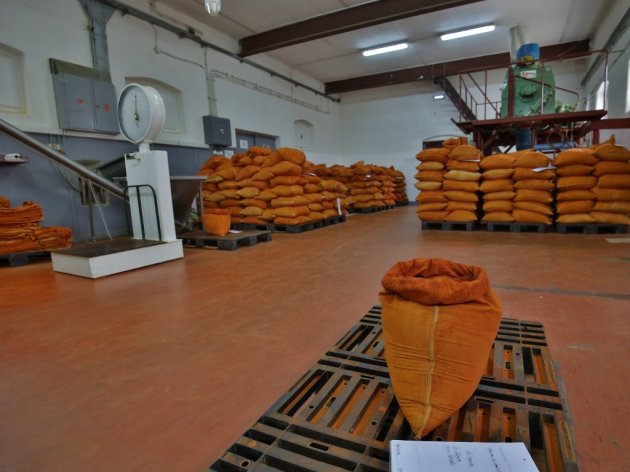 Paprika is then packed in big bags and stored. They are then either packed in small bags for retail or exported wholesale to Kotanyi.

– Annually, around 4,000 tons of fresh industrial peppers arrive to Aleva. Today, we process 60 tons a day, in three drying facilities, and when all five are operational, we process up to 100 tons – Radovan Jancic, production manager at the Novi Knezevac company, explains for eKapija.

Aleva's mills produce 5.5 tons of paprika a day. In order to maintain the traditional quality, they use old machines to grind the peppers. The fact that peppers are ground with stalks impacts the quality slightly. As they explain, that's how it has always been done and that's how its done in all big plants. They say that the removal of stalks would slow down the production process, as it is a manual operation, and add that only small producers do so nowadays.

All the raw products processed in Novi Knezevac come from around 40 producers from North Banat and Backa, where, as our interviewees say, the best industrial peppers are grown.

In the 70 years of its existence, the Novi Knezevac factory has gone through various stages of development. The latest one began in 2005, when the factory was privatized.

According to executive Goran Aleksic, no employees have been laid off since the privatization, and the number of employees has increased from 240 to 340.

– Aleva now has annual gross sales of around EUR 20 million and a gross profit of EUR 1.5 million. Our best sold product is paprika, which covers around 42% of the local market – Aleksic says. 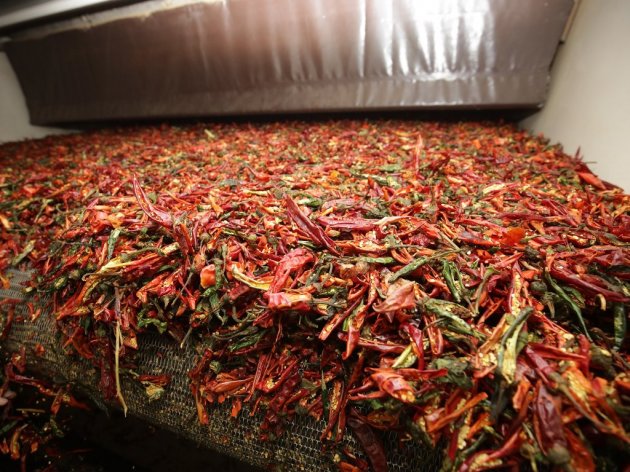 Annually, Aleva makes around 70 million pieces of packaged products and processes over 7,000 tons of fresh vegetables.

The Novi Knezevac factory has 160 products in its portfolio. In addition to the traditional position they have taken thanks to their trademarked paprika, they emphasize their leading position in the segment of instant soups, with their Quik brand, and they are also at the very top within the category of dehydrated family soups, as well as food supplements. Aleva's products are divided into several categories: paprika, dried vegetables, food supplements, classic and instant soups, powdered desserts (puddings, cream, ice desserts), baking supplements, conserving supplements and dessert supplements, teas, condiments (mustard and horseradish), spices...

When it comes to fresh ingredients, they get them from local and foreign producers, depending on the product.

Aleva is also oriented towards exporting markets. Around 45% of the total production is sold outside the borders of Serbia.

– When it comes to export, we plan to expand to the new markets of the former Soviet Union. In addition to penetrating the Russian and Belarusian markets, we plan to penetrate other markets as well, as we are provided with the possibility of duty-free export. On the other hand, the western European markets are closed. They are very difficult to enter, and expensive as well, without guarantee of success. Of course, we do cooperate with them too, as we export to Germany, Sweden, Denmark, Switzerland... – Aleksic says. 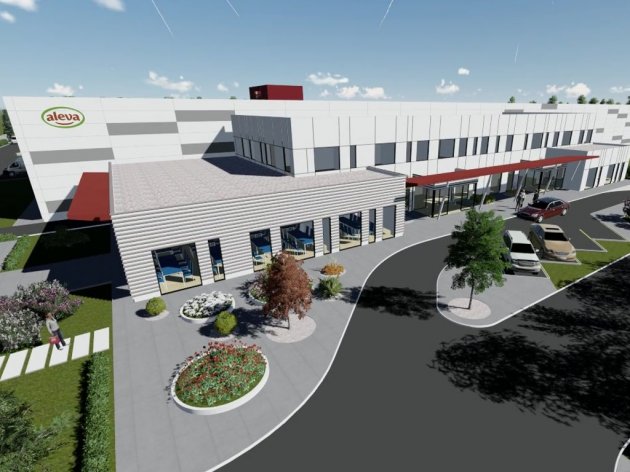 Future look of the new industrial complex in Novi Knezevac
Following the latest food trends, Aleva has developed a plan for initiating the production of organic food, our interviewees say.

Aleva will start building a new industrial complex in Novi Knezevac in the spring of 2018, on the parcel which is located next to the factory's current complex. The works should take 18 month, and the entire production, warehouses and a part of the administrative department will be moved to the new facilities. The investments has been evaluated at over EUR 10 million, and the new facility will have around 12,000 square meters.

As Aleksic explains for eKapija, all the permits have been acquired and a tender for the contractor will be placed in the upcoming period.

– The plan is to transfer the entire production to the new facility and to switch from two to one shift. The current facility will be kept and we are now considering what to do with it – Aleksic explains.