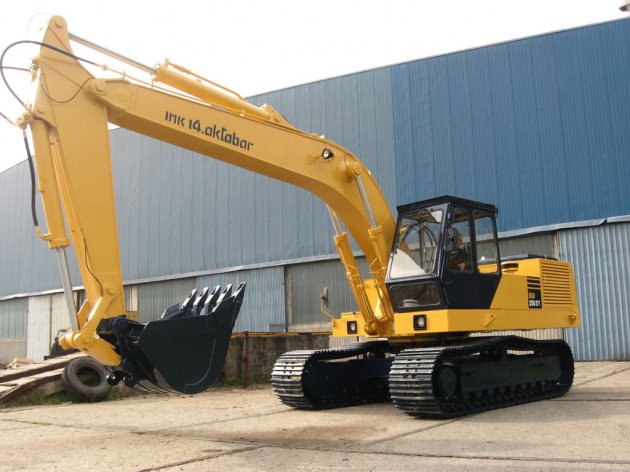 (Photo: 14-oktobar.co.rs)
The Slovakian MSM Group, which operates as part of the Czechoslovak Group from the Czech Republic, officially took over the Krusevac-based factory 14. oktobar on October 14, 2017.

The president of the Slovakian MSM Group, Marian Goga, said that they had a vision they would realize and recover the former giant as they had done with Tatra and Avia, which had also gone through difficulties, and which were among the 40 companies owned by the Czechoslovak Group at the moment.

Goga said that the production in Tatra had been nearly stopped, that the company had great debts towards banks and suppliers, and that Avia was “clinically dead”, and that both companies operated well at the moment, having renewed their production.

The new owner announced earlier that it would employ an additional 150 people before the end of 2017, and it currently has around 130 workers. The Czechs will initiate the production immediately after they acquire the working permit.

The Bankruptcy Supervision Agency advertised the sale of movable and immovable property of the factory, which had been estimated at around RSD 4.8 billion. The company was sold at the fifth attempt, and it was undergoing bankruptcy proceedings from the beginning of 2016.

The acquisition agreement was signed last month by Zoran Milosavljevic on behalf of the Bankruptcy Supervision Agency and the director of SCMG, Vojislav Sparavalo.

In early October, 14. oktobar went into the hands of the LLC registered for production of motor vehicles SCMG 14. oktobar Beograd, a member of the Czechoslovak Group.

The debts to commercial banks, funds and suppliers amounted to RSD 14.4 billion, of which around 70% were debts towards Komercijalna Banka, the Tax Administration and the Development Fund. The biggest company in Krusevac, named after the WW2 liberation day, will be privatized for the first time.