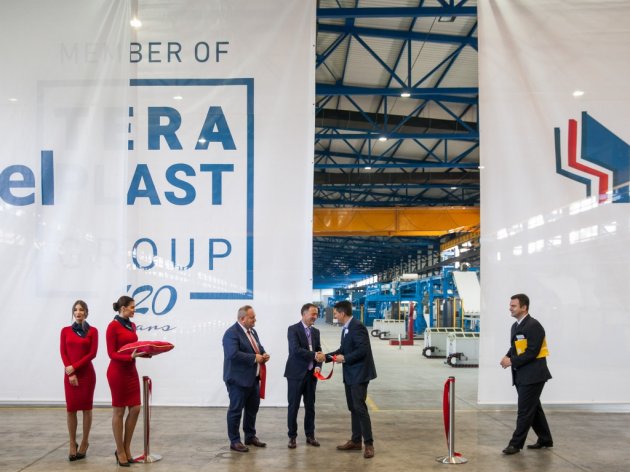 From the opening
The Romanian company TeraSteel, a member of Terplast Group, opened a facility for the production of construction of sandwich-panels in Leskovac on October 11, and 80 citizens of Leskovac were employed there. Several months ago, TeraSteel bought a part of the Interlemind plant, which also used to produce sandwich-panels, but that facility, as well as others, was closed for four years following an unsuccessful privatization.

– Of the 81 employees, 80 will be from Leskovac, whereas one worker will come from Romania – said director of TeraSteel Serbia, Zoran Cvijovic, adding that only 20 of them will work in the production department, whereas the others will work in the commercial department and in other job positions.

A considerable part of the production, he said, is to be exported, which will provide Serbia with the status of an important exporter in this industry in the region.

The Leskovac plant has production capacities similar to those on the plant in Romania, namely, 2.2 million square meters of sandwich-panels a year, as well as similar equipment. The primary markets for the Leskovac plant are Serbia, countries of the former Yugoslavia, Bulgaria and Albania, but also Hungary, southern Romania and northern Greece.

– I've been warmly welcomed here, and administrative procedures are much simpler then in my country, in the city of Bistrita – said Dorel Goia, owner of the Teraplast Group.

The Leskovac plant, where the Romanian company invested EUR 11 million, has already produced the first tons of polyurethane sandwich-panels. There is a plan to implement the second production line for mineral wool panels. The production planned for 2018 amounts to EUR 28 million.

State Secretary at the Ministry of Economy, Dragan Stevanovic, invited TeraSteel to consider expanding, so as to fully cover the import of this type of products from abroad, and said that the competent ministry is prepared to support them in that endeavor.