Siemens to revitalize Dubrovo substation in Macedonia – Value of the works EUR 4.6 million 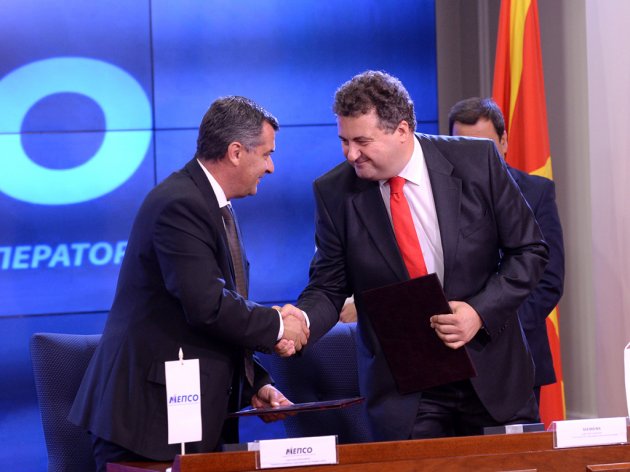 From the signing of the agreement
The Macedonian power transfer system operator AD MEPSO and the consortium of Siemens and SisKon signed a EUR 4.6 million agreement on the revitalization of the Dubrovo 400/110-kV substation, Siemens announced.

The agreement was signed on behalf of AD MEPSO by Saso Vasilevski, CEO, and Borko Aleksoski, Transfer Manager, whereas the signees on behalf of the consortium of Siemens and SisKon are Jelena Veljic, Deputy Manager of Siemens d.o.o. Belgrade, and Srdan Srdanovic, head of the Energy Management Division for the Adriatic Region of Siemens. The signing of the agreement at the Government of the Republic of Macedonia was attended by Koco Andjusev, Deputy Prime Minister of Macedonia for economic policy.

The Dubrovo 400/110-kV is located in suburban Negotino and is a very important segment of the Macedonian power system, as well as a vital part of the 400-kV transfer and interconnection network.

– MEPSO is initiating a mid-term investment cycle with projects of revitalization of several substations in Macedonia. The revitalization of the 110-kV facility in the Dubrovno substation, which has been operating since 1977, will replace the old with the new equipment. This complex project entails replacement of primary and revitalization of secondary equipment on voltages of 400 kV and 110 kV – stated Vasilevski.

– We thereby continue the range of projects successfully realized with MEPSO so far, such as substations Stip, Petrovec, Tetovo 2, Skopje 4 and 5. The experience and knowledge acquired in these projects has created the conditions for the realization of projects in other fields. We can cite as an example the wind farm Bogdanci, projects in Qatar and the project in Ghana. We are very grateful for the trust given to us to contribute to stable and reliable operations of the power transfer network of Macedonia by implementing the latest technologies in the field of energy – stated Srdanovic.
Companies:
SIEMENS AG Beograd
Siemens AG Munich
Vlada na Republika Severna Makedonija Skopje
Tags:
AD MEPSO
SisKon
revitalization of Dubrovo substation
Dubrovo
Government of Macedonia
Saso Vasilevski
Borko Aleksoski
Jelena Veljic
Srdan Srdanovic
Koco Andjusev
Negotino
Bogdanci wind farm
Stip substation
Petrovec substation
Tetovo 2 substation
Skopje 4 substation
Skopje 5 susbstation
Share: