Construction of footbridge at Kalemegdan begins 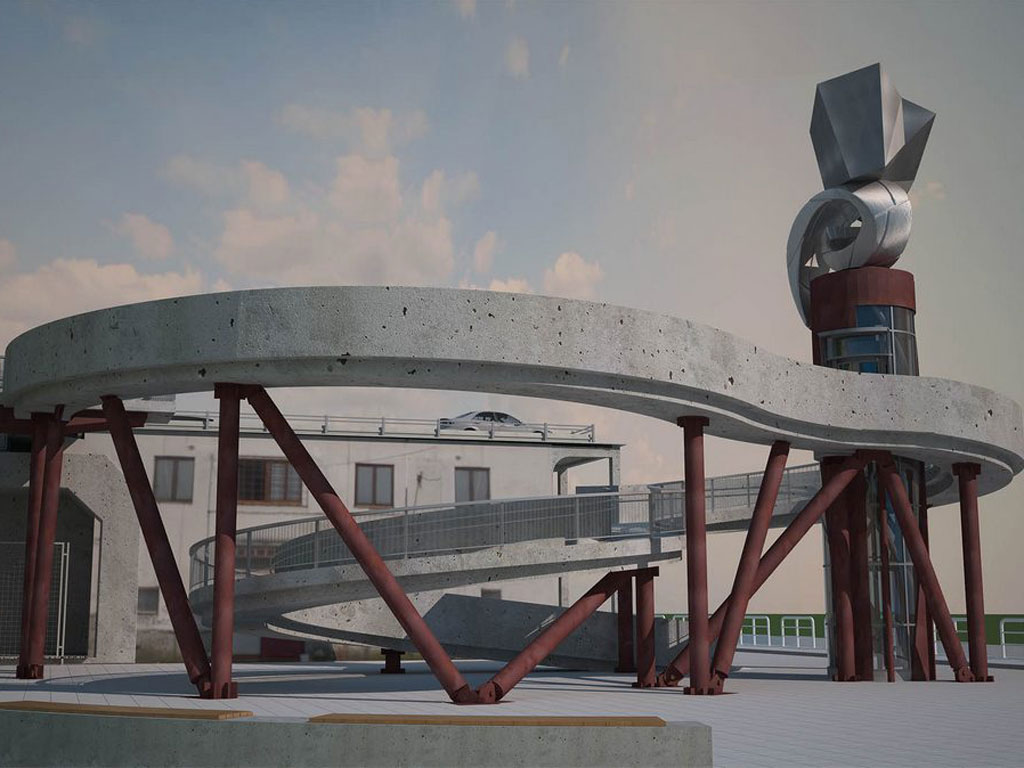 Future look of the footbridge (Photo: CIP)
City Manager Goran Vesic stated that the works on the construction of a footbridge that would link the grand staircase at Kalemegdan and the Sava wharf had begun on September 28, 2017, Beoinfo reports.

– I have contacted the contractors on this important project, which should enable a safe crossing of a busy street and railway and asked them to organize the works so that they don’t interfere with the usage of the cycling path on this stretch. This way, we will honor the valid complaints made by cyclists, and the works will take their own course without putting into question the set deadlines – Vesic said.

He added that the said structure would link the Belgrade Fortress with the pedestrian zone along the Sava and the Danube.

The value of the contracted works, along with the preparation of the technical documentation, is RSD 214 million, and the job has been divided into two stages.

The Lazarevac-based company Bauwesen is the contractor.

The first stage, as Vesic said, entails, along with the construction of the footbridge, the development of the plaza and the area beneath the footbridge and around it, and the deadline period is 270 days from the possession of the site.

– In the second stage of the realization, the free areas of the Sava promenade will be developed, as will be the path on the slope of the Belgrade Fortress. The contractor has been given 150 days from the possession of the site for this job. The two stages of works will secure the efficiency and the rationality of the project during the construction, but also after it, during its usage – the city manager explained.

According to him, the footbridge is being built in line with the conceptual design of the Bridge on Kalemegdan, prepared by the PE Belgrade Fortress in 2008 and implemented in the city project IME within the pedestrian zone of the Kneza Mihaila Street in 2015.

The footbridge consists of two wholes. The first is a platform with a lift tower and a sculpture on top, whereas the other is the footbridge itself, passing over the road and rail traffic routes and ending in stairs which lead to the cote at the foot of the grand staircase descending from the Belgrade Tower. The footbridge has another two pedestrian branches, two short steel bridges connecting it with the parking lot on the roof of the Concrete Hall and the green slope on the rim of the Belgrade Fortress. The existing steel staircase used to descend to the promenade on the side of the hall is being torn down, whereas the staircase positioned on the main façade of the hall is to be kept, Beoinfo reports.