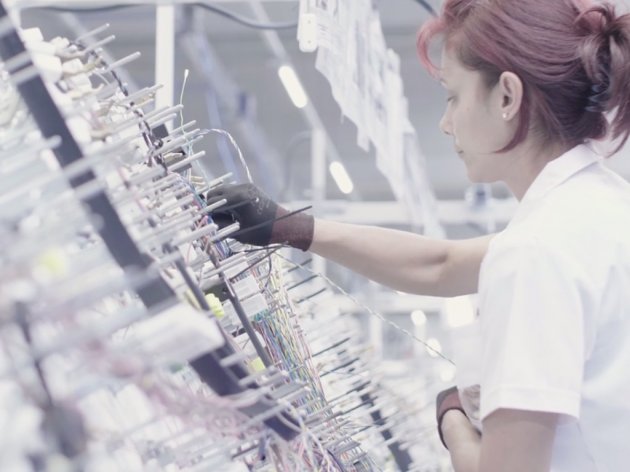 The Japanese company Yazaki opened a factory in the industrial zone in Sabac today, where it will produce cable sets for OEM trucks, which will be imported to the European market. The company plans an annual export of around EUR 120 million.

The test production started in June. The employees were first trained in Yazaki factories in Europe, and a training center was opened here this summer, so that future workers could be trained in Sabac.

The factory in Sabac, whose construction started last year, takes up around 30,000 square meters and has around 500 workers at the moment.

Yazaki has obliged to invest around EUR 25 million within Serbia and to employ a total of 1,700 workers by 2019.

This is the biggest Japanese greenfield investment in Serbia. The factory was raised in the industrial zone on 6.85 hectares. The state contributed EUR 10.2 million, and another EUR 2.4 million was set aside from the town budget for infrastructural equipment.