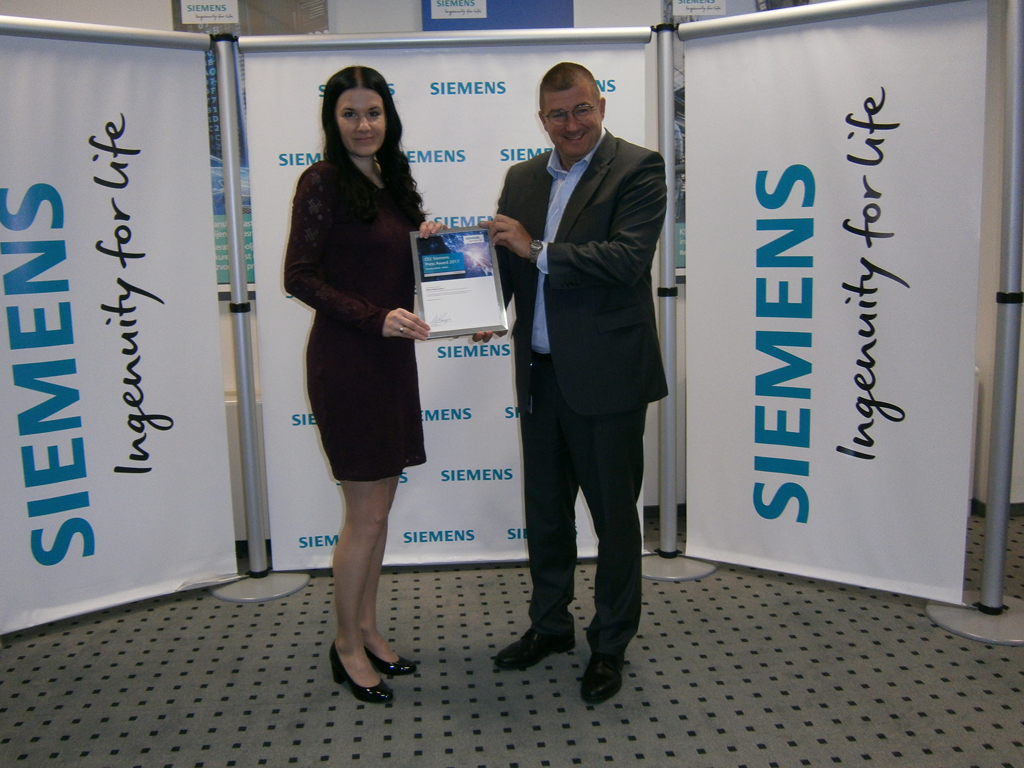 Milica Milosavljevic and Udo Eichlinger (Photo: Siemens)
The first phase of the second regional journalists' contest Siemens CEE press Award 2017, in which representatives of media from ten countries of central and eastern Europe took part, ended with the pronouncement of the best works of journalism on the topic of Digitization/Industry 4.0 in each of the countries.

This year's winner from Serbia, who will take part in the selection of the best work in the region of central and eastern Europe together with her colleagues, the winners from other countries, is Milica Milosavljevic, editor-in chief of the eKapija portal, for her article “Future lies in smart factories – Switching to Industry 4.0 benefits small and large companies alike”.

The plaque was handed out to the winner by Udo Eichlinger, CEO of Siemens Serbia.

– We are extremely proud that the Siemens media contest has a continuity and that this is the second time that it has been organized on the level of the region. What stimulates us, as the company which is the leader in the field of innovation and whose goal is to promote and affirm excellence in journalists' writing, reporting and research approach, is the great response by media representatives in submitting their best works to our contest – said Jovana Zurzin Vukotic, head of Communications at Siemens Serbia. 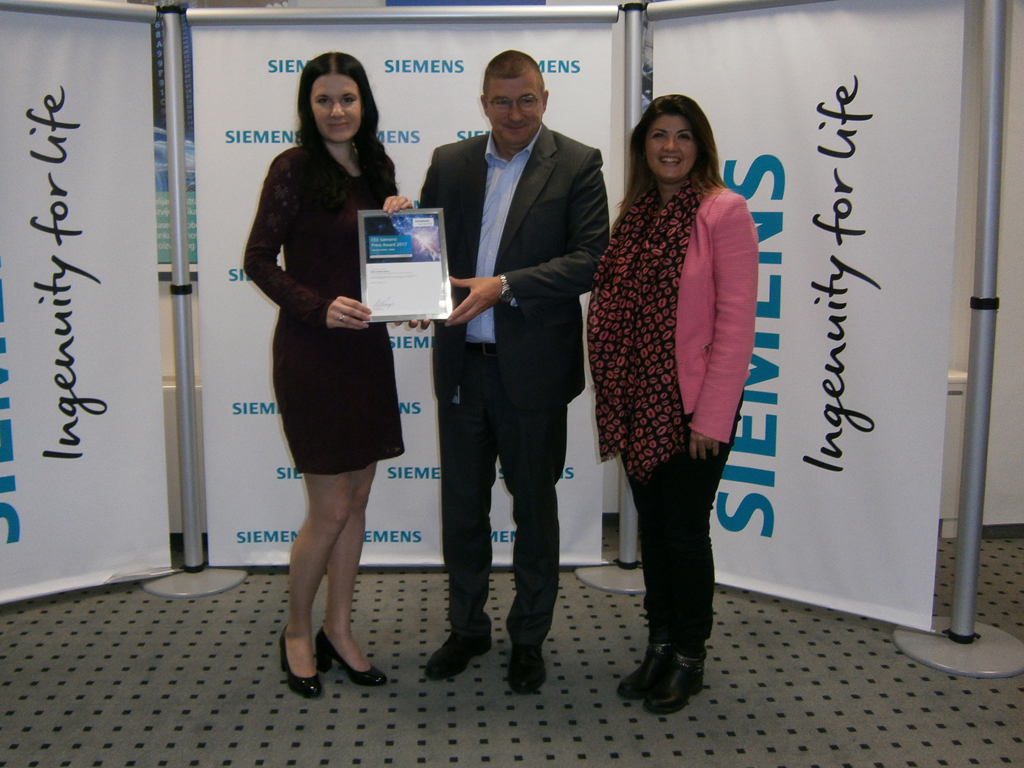 – Digitization enables companies to not just considerably improve their production efficiency, but to also quickly and flexibly respond to constant changes of market conditions. Media are a very important factor in promoting this topic and spreading awareness of it. The aim of Siemens, a pioneer in the field of digitization in Serbia, is to promote this topic, present new products and solutions in this field to its customers and explain in which way digitization influences an enhancement of operation and an improvement in competitiveness in the market – added Jovana Zurzin Vukotic.