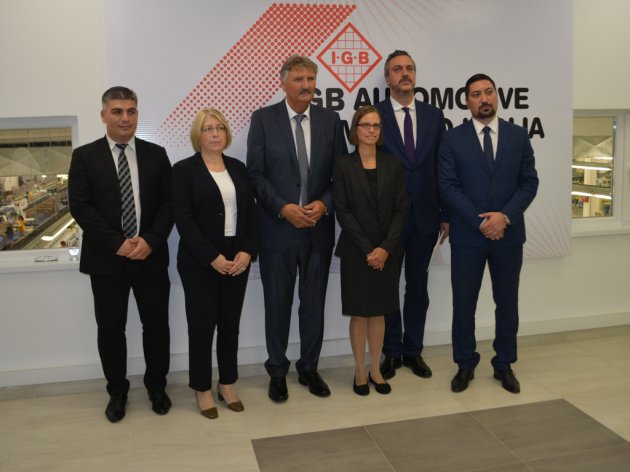 From the ceremony of marking 10 years of IGB Automotive operations in Serbia
IGB Automotive will invest EUR 2 million in new equipment in Indjija, it was said on September 21 at the celebration of the company`s 10 years of activities in Serbia. The purpose of the investment is the implementation of new technology. In other words, the company will invest in the latest machinery and equipment for the production of various types of fan motors.

– We are currently working intensively on the development and industrialization of fan motors. I am glad to be able to say that we will use the expansion of the production facility in Indjija to manufacture new products. With an investment of EUR 2 million in the latest machinery and facilities, we will make a production line for various types of fan motors – said Josef Hilmer, Co-Managing Director at IGB.

He added that the production facility should have a capacity of a million fan motors a year in the first phase.

As they say at IGB Automotive, the management`s decision to position the production of fan motors in Indjija once again proves their confidence in the future sustainability of the company in Serbia.

– This production should start in mid-2018. We are currently preparing the necessary equipment, we’ve ordered machines that are very complex and that should arrive to Indjija early next year, and the installation of the entire line is to follow – Volker Prescher, Production Manager at Bauerhin for Europe, said for eKapija and added that, along with new products, new employments were also being planned.

He reminded that IGB Automotive had started the production in Indjija in a rented space ten years before, with a small number of workers, but that the company had developed in time and built its first facility, and then the second one as well, worth over EUR 4.5 million, in early 2017. It thereby secured an additional 7,800 m2 of production and office space, but also jobs for 600 new workers.

– Our further results, of course, depend on the trends in the automotive market, but it seems to me that they will not drop in the upcoming period. Regardless of the discussion about the emission of gases or the price of oil, cars will still need seats and everybody will want to have seat heaters. For this reason, we are not worried, as even electric cars need to have such equipment – our interviewee emphasized.

Volker Prescher said that the main advantage of the new investment consisted in the fact that the company will be able to offer several products made in its own facilities to the market, eliminating the need for outsourcing, thereby optimizing its profit. 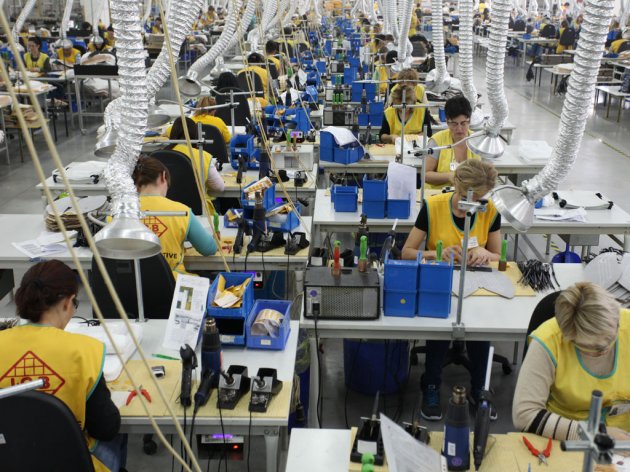 He reminded that the factory in Indjija was the biggest one within the group, which operates on nearly all continents, and that around 80% of the total production originated in Serbia. He also pointed out the very positive reactions of nearly all partners to the products made in Indjija.

General Manager of IGB Automotive Comp Indjija, Dalibor Beric, said at the ceremony that the decision of the parent company to invest and start its activities in Serbia had proven to be one of the most significant decisions for the operations of I.G. Bauerhin GmbH in Europe.

– In the past decade, I.G. Bauerhin has been professionally and responsibly building not just the production facility and products in Indjija, but advanced business solutions as well, which are remarkably different from those of similar producers in terms of responsibility and quality. We are proud of the achieved results, the number of employees, the quality of products and their availability in the European car market. We are prepared for new challenges, which will further strengthen us as the leader in the field of the production of car seat heaters, steering wheel heaters and seat occupancy sensors, in line with our global practice – Beric pointed out.

The event was attended by president of the Chamber of Commerce of Serbia Marko Cadez, who said that the investors could count on the support of the CCIS in realizing projects and other business arrangement in the future as well. President of the municipality of Indjija, Vladimir Gak, thanked IGB Automotive, for the successful cooperation achieved up till that point and noted that the cooperation had set a good example for other investors and that there had been seven new investments in the town since January.

In Serbia, the German company has its own production unit, which is at the same time the biggest one within the Bauerhin Group looking by size, the number of employees and the production. It is one of the most important greenfield investments in Serbia and a great example of successful and productive operations, not just locally, but in the region as well. It employs around 2,300 people and produces over 24 million products a year. It belongs to the list of the companies with the largest number of employees, over 90% of whom are women, and provides strong support to further development of the local community.

The Bauerhin Group has so far invested EUR 16 million within Serbia.