MIHAJLOVIC: Corridor 10 to be completed by late February 2018 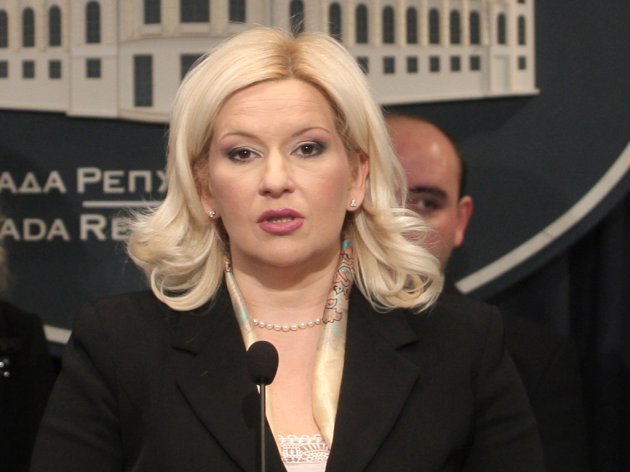 Zorana Mihajlovic
Deputy Prime Minister and Minister of Construction, Transport and Infrastructure Zorana Mihajlovic stated that the entirety of Corridor 10 would be completed before the end of February 2018.

Mihajlovic said, while guesting in the show Pressing on TV N1 this Tuesday, September 12, that over 160 kilometers of the highway had been constructed in the previous five years and called it a “fantastic result”.

Nevertheless, despite the promises made earlier, Corridor 10 will not be completed by the end of the year, but, according to the minister, it should be completed early next year.

– The Grdelica Gorge section cannot be completed by New Year, but it can be by February. Personally, I consider Corridor 10 to be finished. The Grdelica Gorge is 24 kilometers of a very difficult area, certain sections have been completed and we are close to completion – the minister said and added that the works in the Grdelica Gorge were being carried out by night as well and that it was the most difficult construction site in Europe at the moment according to experts.

Mihajlovic pointed out that, in 2017, the number of cars that had passed through Serbia was higher by 12 million than that of 2014 and added that she believed that it was the result of the infrastructure built in the meantime, as drivers no longer avoided Serbia due to a lack of quality roads.
Companies:
Ministarstvo građevinarstva, saobraćaja i infrastrukture Republike Srbije
Vlada Republike Srbije Beograd
Koridori Srbije d.o.o. Beograd
Tags:
Ministry of Construction Transport and Infrastructure
Government of Serbia
Corridors of Serbia
Corridor 10
Corridor 11
completion of Corridor 10
deadline for completion of Corridor 10
Pirot Dimitrovgrad
Pirot Dimitrovgrad section
Obrenovac Ub
Obrenovac Ub section
Lajkovac Ljig
Lajkovac Ljig section
Grdelica Gorge
Zorana Mihajlovic
Share: