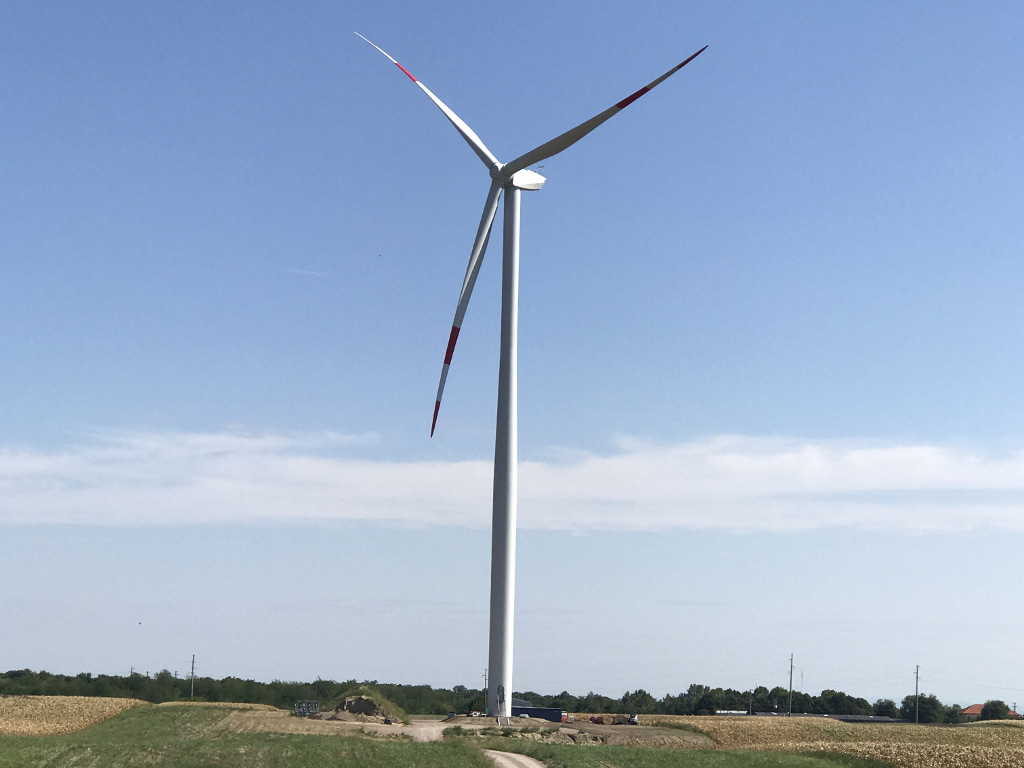 Malibunar Wind Farm
UniCredit Bank Serbia and Electrawinds Mali WF, a local company fully owned by the Belgian company Elicio NV, have signed an agreement on long-term financing in the total amount of EUR 9.8 million for the purpose of the development, construction and operations of the Malibunar Wind Farm.

As stated in the UniCredit press release, the construction of the wind farm began in November 2016, and, following a detailed analysis of the regulatory, legal and technical aspects, as well as insurance, the first loan drawdown was realized on August 31 in the amount of EUR 3.2 million.

UniCredit Bank Serbia is the only creditor on the project, and the funds are provided through the credit line of the Green for Growth Fund (GGF). The financing is complemented by short-term financing of the VAT and a Hedging Agreement on protection from other risks.

The total value of the investment in the Malibunar Wind Farm in South Banat is around EUR 14 million. The wind farm will consist of 4 wind turbines Senvion MM 100 with total installed capacity of 8 MW. It is estimated that, once completed, Malibunar will produce 25 GWh annually, supplying around 7,200 households with electricity. At the same time, the project will contribute to a reduction in the emission of carbon-dioxide by 15,800 a year.

– The fact that we are once again taking part in a project of great significance for the country is proof of our continued following of and support to the development of this sector. This is also shown by our portfolio, which now includes mini hydropower plants and solar parks. Our ambitions as a pioneer in the local market are big and we will continue going down this path – said Csilla Ihasz, head of the Executive Board of UniCredit Bank Serbia.

Ludo Vandervelden, CEO of Elicio NV, pointed out that the Belgian company was proud of the fact that the project in question was the first one to be financed after the adoption of new regulations by the Government of Serbia in June 2016.

– At the same time, this proved the quality of our Malibunar project and the trust that Elcio, as the investor, and UniCredit, as the creditor, have put in Serbia. UniCredit has a solid experience in financing renewable energy sources in Central and Eastern Europe and a strong presence in Serbia, making it a reliable financial partner, with which we have established a long-term relationship – Vandervelden said.