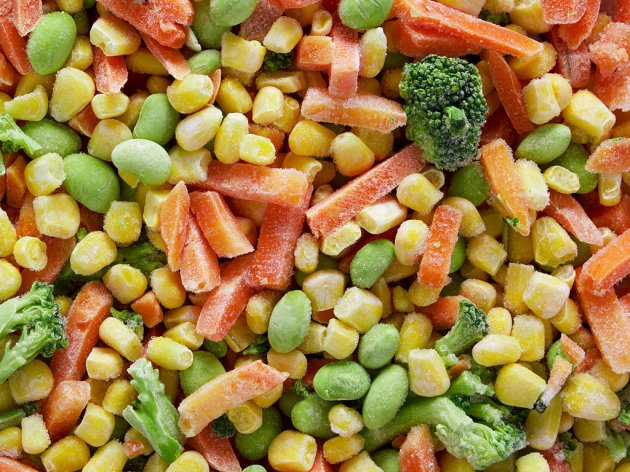 Serbia mostly exports edible oil and oil plants, frozen fruits and vegetables, excise goods etc. to Croatia (Photo: Constantine Pankin/shutterstock)
The latest decision to change the inspection supervision regulations and increase the fees for the control of imported food shows that Croatia has not given up on economic patriotism, Politika writes in today's issue. Several days ago, the state expanded the list of fruit and vegetable items requiring phytosanitary inspection at the border, in case they're coming from third countries, one of which is Serbia.

The new fees are 22 times higher than those that were in effect until now – instead of HRK 90 (EUR 12), they now stand at HRK 2,000 (EUR 270). It is clear what kind of impact these new measures will have on the countries from the region which are not members of the European Union, above all Serbia, Macedonia and Bosnia and Herzegovina, as the expanded list includes practically all fruits and vegetables produced in this area and exported from Serbia.

As the explanation of this decision says, they are fed up with obeying the EU's demands and withholding from protecting their peasants, Politika writes.

As the newspaper reports, those who import fruits and vegetables from, say, Serbia or Macedonia, will have to increase the prices, which will give local goods a competitive advantage. The import from the EU is outside their influence, which is not the case with the import from third countries, said the president of the Chamber of Commerce of Croatia, commenting on the new regulation of the country's Ministry of Agriculture, the Belgrade newspaper writes.

As Politika learns, Croatia's move will not remain unanswered. Serbia's maneuvering space has been narrowed down, as no decision Serbia could make could concern Croatia alone, but would pertain to trade with the European Union as a whole. However, as Politika learns unofficially, Serbia's answer might be to, for example, "implement a more detailed control of the trucks coming from Croatia", which would send a clear message to the country to stop with this kind of practice.

According to the Chamber of Commerce of Serbia, Serbia exported EUR 116 million worth of goods to Croatia in 2016, whereas the imports from Croatia amounted to EUR 79 million. The exports are dominated by oil and oil plants, frozen fruits and vegetables, excise goods, drinks and tobacco.

Serbia will ask the European Commission to have Croatia's decision on non-customs barriers for import of agricultural products from Serbia and other countries outside the EU re-examined, Minister of Trade Rasim Ljajic stated today.

He said for Beta that, with this decision, Croatia was violating the Stabilization and Association Agreement between Serbia and the EU.

– This is obviously a flagrant violation of the Stabilization and Association Agreement between Serbia and the European Union, namely, Article 36, Paragraph 1, which says that no new customs duties or fees having the same effect shall be implemented from the date of the coming into effect of the Agreement, nor shall those already implemented be increased – Ljajic said.