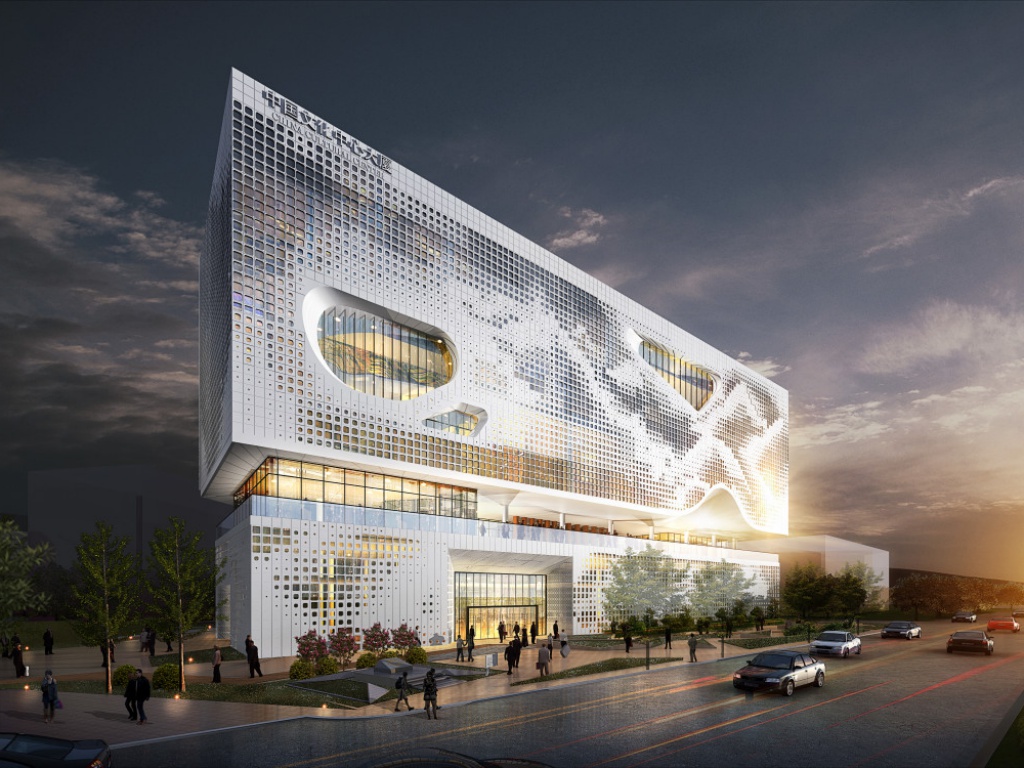 (Photo: beograd.rs)
The construction of a Chinese cultural center has begun in the location of the former Chinese embassy in New Belgrade, demolished during the NATO bombing in 1999, and should be completed in 18 months.

Presenting the project, the director of the company Empiret, Li Zhicheng, said that the 32,000-m2 building would have two underground levels and 8 above-ground floors.

The ground floor will contain a hall and classrooms for promotion of Chinese culture. The first floor will feature an exhibition hall, an open grand hall and a green plaza. Various appropriate complexes and office space will occupy the remaining floors.

Zhicheng said that the center in New Belgrade would act as a proof of the Serbian-Chinese friendship and a platform for the deepening of the cooperation and the enhancement of the relations. The company says that it plans to invest in a number of projects so as to contribute even more to Serbian economy.

Mayor Sinisa Mali said that the building would be a new symbol of Belgrade and New Belgrade. Mali pointed out that the excavation works and the laying down of piles were being carried out by local companies.

He emphasized the importance of the economic cooperation with China and a range of new project being negotiated, which will secure additional investments and more jobs.

He mentioned the construction of the heating pipeline from TENT Obrenovac to the New Belgrade heating plant, as well as the Agreement on the construction of an industrial park by the Pupin Bridge, and added that he hoped that an agreement on the completion of the sewerage and the construction of the first water treatment plant, worth close to EUR 270 million, would be signed with the Chinese partner before the end of the year.
Companies:
Empiret d.o.o. Beograd
Grad Beograd
Tags:
Chinese cultural center Belgrade
Li Zhicheng
Sinisa Mali
heating pipeline TENT Obrenovac New Belgrade heating plant
industrial park by Pupin Bridge
water treatment plant Belgrade
Share:

Log in to view complete information:
Forgot your password? Click here HERE
For free test use, click HERE
Latest
Most read
Al Dahra Gets Green Light for Beginning of Construction of Animal Feed Factory in Kovilovo 12.08.2022.
Aqua Parks in Serbia, eKapija’s New Info Map 12.08.2022.
GIZ Preparing Training Courses for Installers of Solar Panels in Serbia 12.08.2022.
NIS Developing Own Reagents – Tender for Expert Support Published 12.08.2022.
Giant miscanthus future biofuel for heating plants in Sabac and Sombor – Grass hybrid applicable in construction, automotive and cellulose industry 14.01.2018.
This is the Plan for the Most Important Energy Project in Serbia – Klak Accumulation Within the System of the Future RHPP Bistrica to Have a Volume of 108 Million Cubic Meters 21.07.2022.
Momirovic: The bypass around Belgrade will be completed by March 20 04.08.2022.
Aqua Park Raj Opens in Vrnjacka Banja – To Be Biggest in Serbia and Region Upon Completion of Final Phase 17.07.2022.
Učitavam ...
Weather
Weather forecast