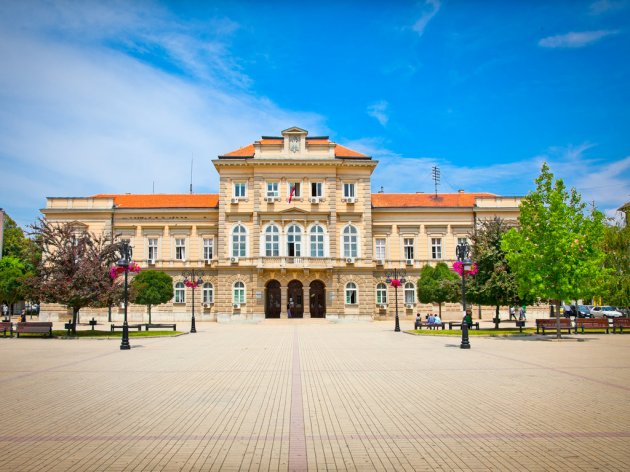 Smederevo (Photo: Aleksandar Todorovic/shutterstock)
Minister of Economy Goran Knezevic and the president of the HBIS Group, Yu Yong, signed a Memorandum of Understanding on the development of a Chinese-Serbian industrial park.

The industrial park will be built on around 500 hectares in Smederevo, Knezevic said.

– We will form a joint company which will be running this project. Since September, we have been preparing the paperwork and we expect a section of the park to open in 2018 – Knezevic said.

Knezevic reminded that there was an honest friendship between the people of Serbia and China, but also that the contacts established between the highest representatives of both states led to optimal economic relations to the benefit of both countries.

– Our experiences with Chinese investors are great and we want to raise this to a much higher level, such as Zelezara and the industrial zone, which will help Chinese investors to come to Serbia with better quality projects – Knezevic said.

He reminded that Serbia had signed agreements on entering the market of several billion people and that Serbia and China would be able to venture into third markets that way.

Fan Zhaobing, Deputy Chairman of the Resident Board of the People's Congress of the Hebei Province, said that the Memorandum had strengthened and deepened the cooperation with the Hesteel Group.

– I hope that we will cooperate successfully and positively and that the historical friendship of our two coutnries will continue developing in the future – Zhaobing said.

Yong said regarding the park that the issue of land and the paperwork first needed to be resolved with the government and added that the potentials of the industrial zone were the question of future.

– We have achieved a great success with Zelezara and I believe that, if we continue with this kind of cooperation, it will continue in the future. Companies which are to be a part of the park will need to have a potential
Companies:
HBIS GROUP Iron & Steel d.o.o. Beograd
Ministarstvo privrede Republike Srbije
Vlada Republike Srbije Beograd
Železara Smederevo d.o.o.
Tags:
HBIS Group
Hesteel
Ministry of Economy
Government of Serbia
Zelezara Smederevo
Chinese Serbian industrial park Smederevo
Memorandum of Understanding
Yu Yong
Goran Knezevic
Fan Zhaobing
Hebei Province
Share: