Banking market in Serbia - Outlook for 2017 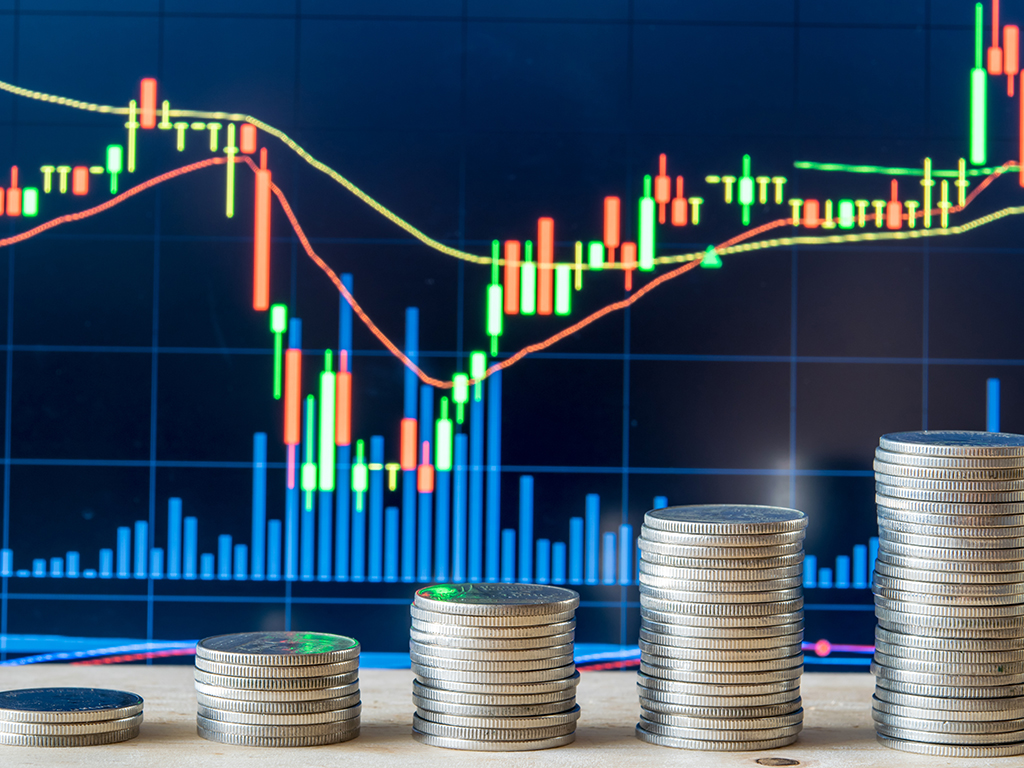 Illustration (Photo: Ti_ser/shutterstock.com)
Acquisitions of international banks by local buyers since the beginning of 2017 is a good sign for Serbian banking market. Although a small step in terms of market share, these activities are a long-awaited sign of the inevitable consolidation of Serbia’s banking sector. In spite of extremely competitive environment and questionable short to medium term profitability, entrance of new banks to the market is constant in the last three years.

Some of the most important deals which took place during this period are, in brief, as follows:

Bank of China started with its operations in Serbia. AIK bank, the sixth largest bank in Serbia agreed takeover of Greek Alpha bank. Direktna banka Kragujevac bought 100 percent of the shares in Findomestic, a subsidiary of BNP Paribas.

Numerous changes are yet to come. Serbian banking market, which currently counts 31 active banks, is extremely fragmented. At the end of 2016, top ten banks had 77,4% market share, with only top 6 above 5% market share.

Profitability challenges such as: regulation, NPLs, fragmentation, overcapacity and competition, are still strong and it is almost impossible to predict their future development.

Besides regular threats to revenues, there are constantly new ones pushing banks to adapt to the vivid market dynamic. Some of the most important threats include competition from fintech companies, consolidation, business model reassessment and growth.

Serbian banking market is still not under a direct influence of emerging fintech start-ups.
Though at least one third of banks is in the process of implementation of in-house solutions or actively cooperates with external providers.

Consolidation is certainly ahead, but it is still hard to estimate the speed of the process. Many of the factors influencing bottom line are outside of bank’s control, but this one seems as a safe way for long term profitable business. Still, it is a top level strategic decision and in direct correlation with other growth possibilities.

Organic growth is extremely slow and uncertain choice in respect to the current market trends. Low volumes and margins are increasingly under pressure due to the flat yield curve environment. Bank’s budgets and growth rates are not in line with market potentials which will lead to exit strategies or to the new mergers.

Need for continual reassessment of business models is constant. Sustainable growth and profitability depend on the strategic choice. Banks are under an enormous pressure to determine the strategy which will improve profitability. However, many banks still do not have clear image what their competitive advantages are and how to advance them. Sell of bad loans is becoming regular, but these will have to be substituted with new clients in order to secure old levels of cash flows.

Greek and Serbian banks (at least partially state owned) seem as a most probable two groups of banks in which sales or mergers might occur in relatively short time period.

There are three Greek banks (Eurobank, Vojvodjanska and Piraeus) which have around 10% market share (EUR 2,7 bn). Radovan Jelasic, former governor of National Bank of Serbia, now a member of the Hellenic Financial Stability Fund in Greece, confirmed in an interview that all Greek banks in Serbia are up for sale. It has been also stated that these potential sales are a part of Greece’s agreement with the European Commission, European Central Bank and the International Monetary Fund. This group of banks represent significant potential for further consolidation of the market. 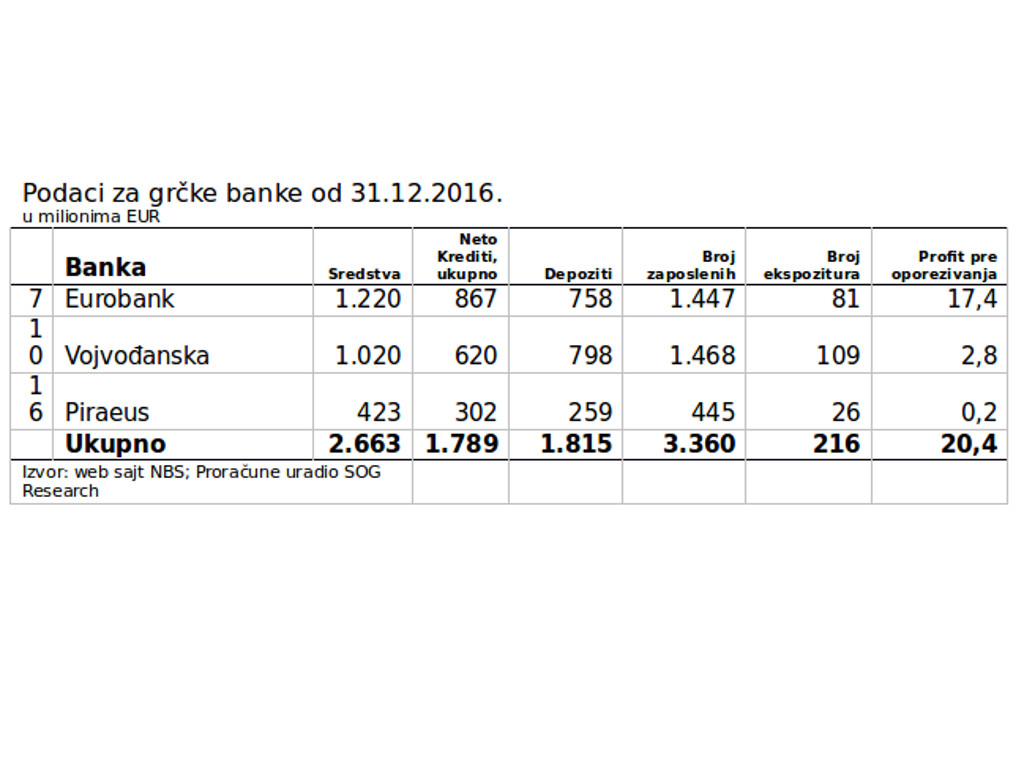 Certainly, a major part of the market in queue for sale, merger or restructuring are banks directly or indirectly owned by the Serbian state. These banks have the following state participation:

1) Postanska and Srpska 70%
2) Komercijalna around 40%
3) Jubmes around 20%
4) MTS and Jugobanka KM are indirectly owned by the state (partially owned by state owned companies). 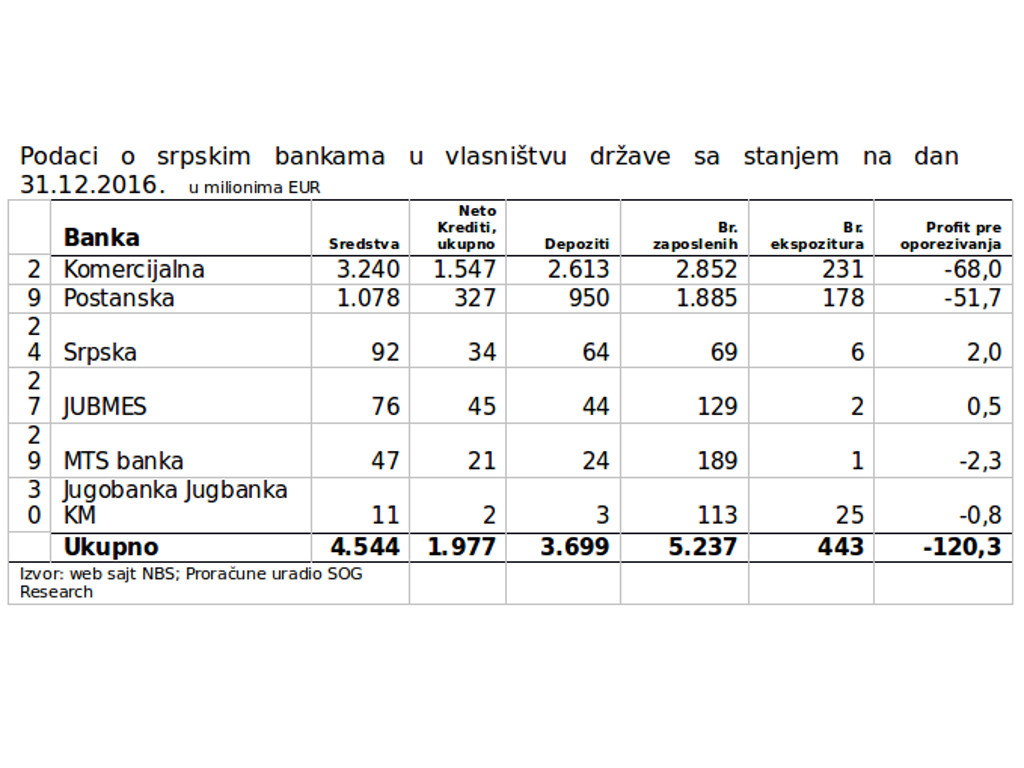 Some of the banks are working on strategical and operational improvements (Komercijalna, Postanska) which can be also interpreted as a window dressing and preparation for sales. There is no clear State strategy in respect to these banks, but Government is making steps forward to enable its potential exit. The new Regulation on the Manner and the Procedure of Trade of Stocks of the Banks Owned by Republic of Serbia which was rendered and came into force on 12th May 2017, may be a sign in that direction.

The Regulation prescribes the manner and the procedure of trade, outside of regulated market, the following stocks:

The Regulation states that the Government of Republic of Serbia, pursuant to proposal of Ministry of Finance makes a decision to sell Stocks in some of the ways prescribed by the Regulation, but the main focus of the Regulation is selling the Stocks via tender procedure.

Also, the Regulation prescribes the conditions of establishment of the tender commission, its functioning and composition.

We will see in near future whether the Serbian state will use this prescribed form in order to decrease its participation in bank’s ownership.

This year started well and it is not too optimistic to expect that further consolidation will continue. It is well known fact that some of the banks are considering to exit the market, which does not mean the lack of interest for investing in Serbia. It is just a sign that current level of fragmentation is unsustainable in the long run. Those who stay will be confronted with a huge challenge to act and change fast, same as for all other banks around the world.