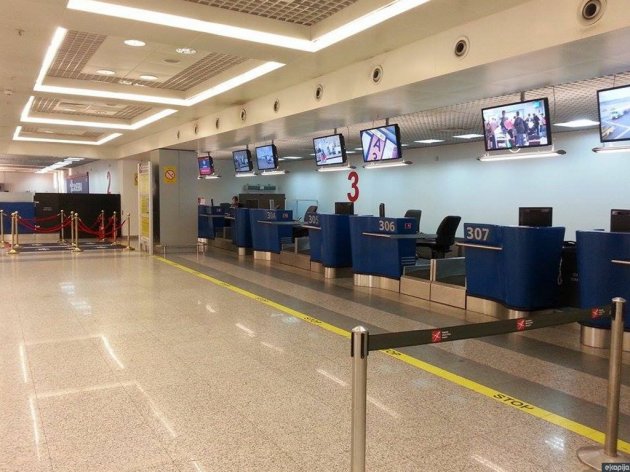 (Photo: Ivana Bezarević)
Deputy Prime Minister and Minister of Construction, Transport and Infrastructure Zorana Mihajlovic put Terminal 2B into operation today at the Belgrade Nikola Tesla Airport and took a tour of the works on Terminal 1.

Terminal 2B has a total of 10 check-in counters, whereas Terminal 1 will have 18 and will be completed by the end of the month.

The value of works on both terminals amounts to a billion dinars, and their completion will increase the capacities by two million passengers, that is, from the 5.5 million expected in 2017 to 7.5 million.

Mihajlovic said that the opening of Terminal 2B and the reconstruction of Terminal 1 at the Belgrade Nikola Tesla Airport will enhance the appearance of the airport, but also accelerate its activities.

Mihajlovic said that the Nikola Tesla Airport had the quickest growth compared to all the others in the region and that it was capable of taking in 7.5 million people, which, as she said, is "two million more than is the case at the moment".

She pointed out that she expected the number to grow and reach up to 17-18 million passengers in the future.