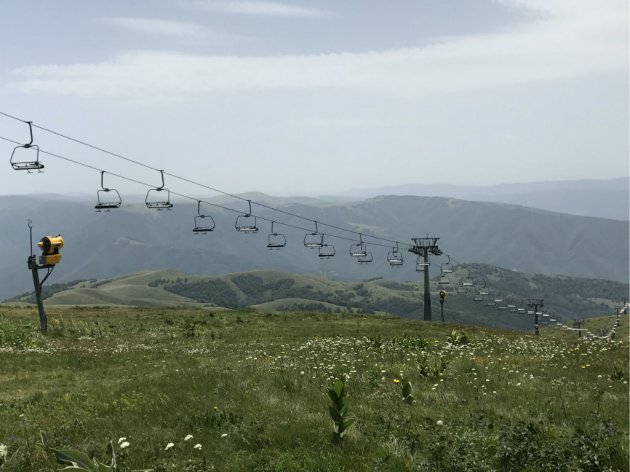 Stara Planina ski lift (Photo: Sanja Šojić)
Following several years of ups and downs, Stara Planina is finally ready for the realization of new investments. Tennis courts, adrenaline park and the Ski House are some of the projects envisaged by the PE Stara Planina, which runs the eponymous hotel on Jabucko Ravniste.

Last weekend, the summer season officially opened at this mountain, also known as the roof of Serbia, and the director of the PE Stara Planina, Milos Adamovic, says for eKapija that they expect good results, since a good part of the accommodation capacities in July and August has already been booked.

He also announced an enhancement of the tourism offer for our portal.

– After four years of stagnation, there are new projects, which is very important for us. The construction of tennis courts and the adrenaline park, which is predominantly meant for children, will be realized by the end of this year. The first phase has already been completed, the conceptual design has been prepared and we expect one or two permits more before we start building. The tender for contractors will be placed in the next month – Adamovic announces.

As he adds, the funds for these projects were provided by the competent ministry, namely, RSD 10 million for the adrenaline park and RSD 5 million for tennis courts. The funds, however, will not be sufficient, and the rest is to be financed by a sponsor or the public enterprise, from its own funds.

Aside from the guests' recreation, the tennis courts will be available to professional athletes for training, since, as our interviewee explains, they will be made in line with all the standards. 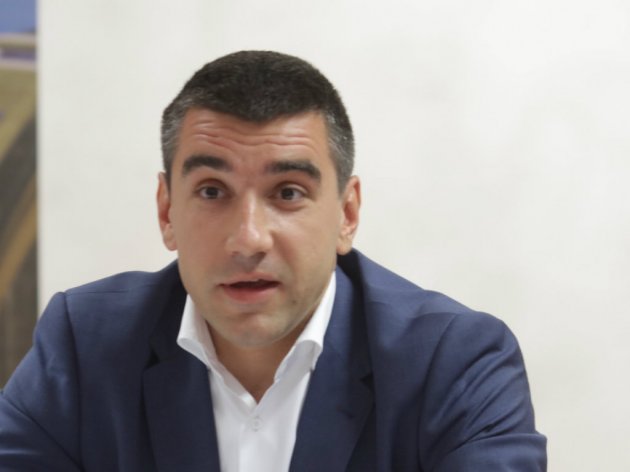 The Ski House would serve to affirm the sport in Serbia, and the construction agreement, signed in March 2016, by representatives of the PE Stara Planina and the Ski Association of Serbia, envisages a location with close to 1,200 m2, close to the gondola pick-up point, a capacity of 100 beds and accompanying features.

The director of the PE Stara Planina explains that the main problem of this ski center is a lack of accommodation capacities, which are small compared to the capacities of the ski lift, and the expansion, he says, requires an investor.

– We are working intensively on bringing investors, both local and foreign. Since I was appointed to this position, I have talked to five local investors and four foreign ones. The problem is that a lot of business people have never been to Stara Planina and haven't seen what we have to offer. My goal is to bring those people here, so that they would see for themselves what the mountain's potential is – Adamovic explains.

He emphasizes that Stara Planina needs another hotel, in addition to the one built by the state, which has a 300-bed capacity, or an apartment settlement, in order to remain a tourist and ski center.

Certain proposals for apartment settlements and options offered to investors have already been written about by eKapija.

Stara Planina is located 70 km away from Nis, 100 km away from Zajecar and 50 km away from Knazevac or Pirot. Belgrade is 330 km away, whereas Sofia is 120 km away. Its geographic position has resulted in the fact that the largest number of guests come from Bulgaria, and what prevents Serbian tourists from visiting the mountain more often is the poor transport infrastructure after the turn from the Nis highway.

The PE Stara Planina is aware of this problem.

– We have inherited great problems and we are looking to solve them quickly, so that we could continue realizing the masterplan which has existed since 2009. Only minor modifications need to be made. Aleksandar Vucic has confirmed that the sections of the road from the direction of Knjazevac and Pirot are to be covered. The most important section is certainly the Mirkovci section, on the Pirot side, 16 km long, the completion of which would shorten the time needed to reach Stara Planina to 30 minutes – Adamovic explains and notes the advantage of the proximity of the Nis Airport, the cooperation with which is to be expanded even further.

Until the planned projects and investments are realized, Stara Planina invites tourists to discover its beauties and enjoy what the area has to offer currently. The public enterprise is more than satisfied with the winter season behind us, and they recommend to their summer guests to enjoy mountain climbing, gorgeous waterfalls, gondola rides, spa services or local specialties: cheeses, sausages, honey, wine, schnapps...