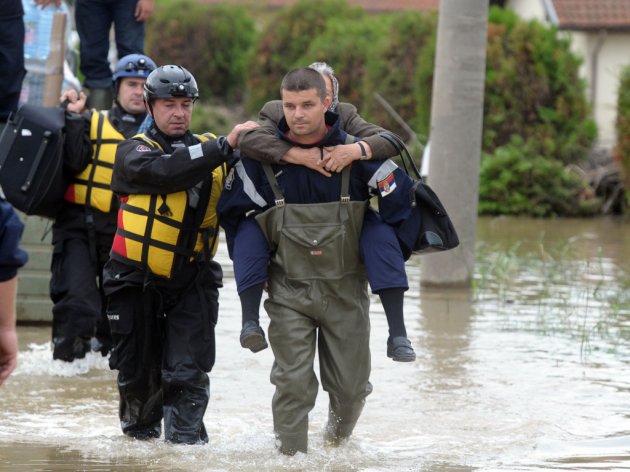 (Photo: Fotosr52/shutterstock.com)
The European Union has provided EUR 11.1 million for removing the consequences of the Obrenovac floods of 2014, making it the biggest donor to the town, the EU Delegation to Serbia reported on Friday, June 30, 2017. The damage on 1,331 residential facilities has been repaired, 41 houses have been built and equipped and 371 companies and 2,416 farms have been helped through the aid program in Obrenovac.

The program manager of the EU Delegation to Serbia, Maja Vuckovic Krcmar, said that 4,000 citizens of Obrenovac lived in new or reconstructed homes and that over 5,000 pupils, students, teachers and other school staff have continued working in reconstructed schools.

– We have tried not just to repair the damage incurred after the floods, but also to improve the living conditions for people struck by the disaster – Maja Vuckovic Krcmar said in Obrenovac, while presenting the results of the conducted projects.

The head of the Public Investment Management Office of the Government of Serbia, Marko Blagojevic, said that the EU was financing flood prevention projects in Obrenovac as well, including the reconstruction of 64 kilometers of canals, the purchase of three new pumps and the repair of six old ones, as well as the repair of six pumping stations.

Blagojevic said that EUR 70 million had been secured for prevention and enhancement of the protection system.