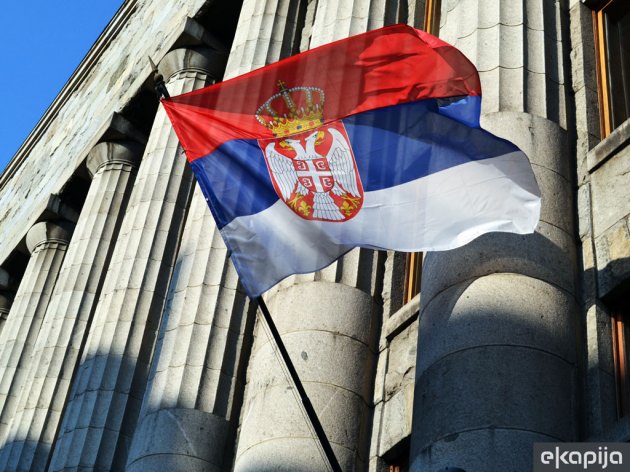 (Photo: Ivana Vuksa)
The MPs of the National Assembly of Serbia elected the new government, headed by Ana Brnabic, on Thursday, June 29.

The National Assembly elected the government by an alphabetical roll call. A total of 212 MPs gave their votes, with 157 voting for and 55 against Ana Brnabic’s cabinet. No votes were withheld.

Following the voting, Prime Minister Ana Brnabic and the 21 ministers of the new government took an oath before the parliament, marking the beginning of their mandate.

In her first address to the public, the new prime minister said that she would be doing her job responsibly and honorably.

– I can promise to all the citizens of Serbia that I will give it my best each day and that I will do my job the best that I can. I want to thank the entire team of the Government of Serbia for having accepted my invitation to work together. I have already worked with these people and I expect that we will start working at the same pace immediately. Serbia cannot afford to lose time and I promise the citizens once again that we will give it our best – Ana Brnabic emphasized.

The new Government of Serbia will have 18 ministries and three ministers without a portfolio. The four deputy prime ministers are Ivica Dacic, First Deputy Prime Minister, Zorana Mihajlovic, Nebojsa Stefanovic and Rasim Ljajic, whereas the ministerial positions are as follows:

Nenad Popovic – minister without portfolio in charge of innovations and technology

The Government’s priorities were presented by Brnabic in her expose a day earlier, on Wednesday, June 28.