MIHAJLOVIC: EUR 66.5 for development of the Danube 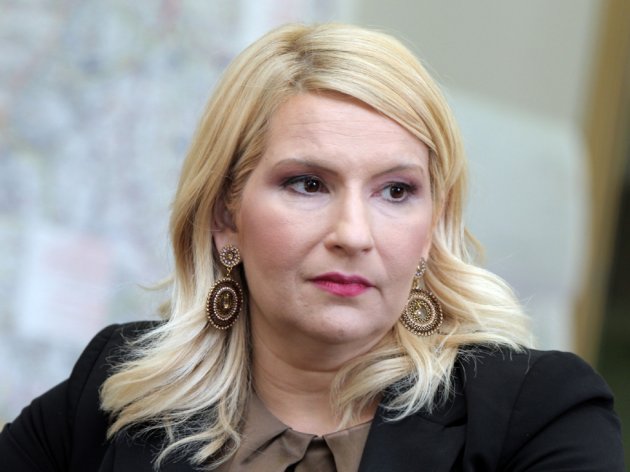 Mihajlovic pointed out that the funds would enable Serbia to utilize one of its biggest natural and economic resources.

She also says that her ministry had secured considerable funds for development of the Danube sailing with the help of the European Union, which would enable a growth of the amount of river transport, as well as an increase in investments.

– In September, the works within the project of removing six critical sectors on the Danube, from Belgrade to Backa Palanka, are to start, as is the implementation of an electronic system for marking the Danube waterway. The total value of these two projects is EUR 18 million and they are financed from the IPA 2013 program – Mihajlovic said in her written statement to the media.

Furthermore, she added, at the ministry's proposal, the European Commission approved the financing of modernization of the navigation lock HE Djerdap 1, which is to be realized in the 2018-2020 period and will be the first big reconstruction of the facility after 40 years. The total value of this project is EUR 28.5 million, of which 40% is financed by the EU (EUR 11.5 million), whereas the remaining 60% (EUR 17 million) will be secured from the budget, she specified.

The tender for planning the Port of Smederevo, the construction of which is planned for the 2018-2020 period, is also in progress. The port should enable an accelerated development of the Podunavlje and Branicevo Districts and enable a cheaper transport of goods to all companies, the deputy prime minister said.

– The ministry has also initiated the realization of the project of bringing the sunk German fleet form World War Two up to the surface, which is being realized in cooperation with the German government and the UN Development Program. The value of this project is EUR 20 million and it entails the recovery of 23 sunk ships impeding the safety of sailing on the Danube sector downstream from HE Djerdap 2 – she said.

Mihajlovic emphasized that Serbia honored all international obligations regarding the preservation of the natural characteristics of the Danube and that it was, at the same time, working on promoting the tourism potentials of Europe's longest river, with five new port areas for international passenger terminals designated in 2017, namely, Kladovo, Sremski Karlovci, Smederevo, Donji Milanovac and Zemun.

The Danube Day was first celebrated throughout Europe in 2004, and Serbia, along with 13 other European countries, is a member of the International Commission for the Protection of the Danube River and a signee of the Convention on cooperation for the protection and sustainable use of the Danube river.
Companies:
Ministarstvo građevinarstva, saobraćaja i infrastrukture Republike Srbije
USSB-LUKA SMEDEREVO SMEDEREVO
Tags:
Zorana Mihajlovic
Danube Day
IPA 2013
HE Djerdap 1
Port of Smederevo
modernization of HE Djerdap 1 navigation lock
HE Djerdap 2
Share: