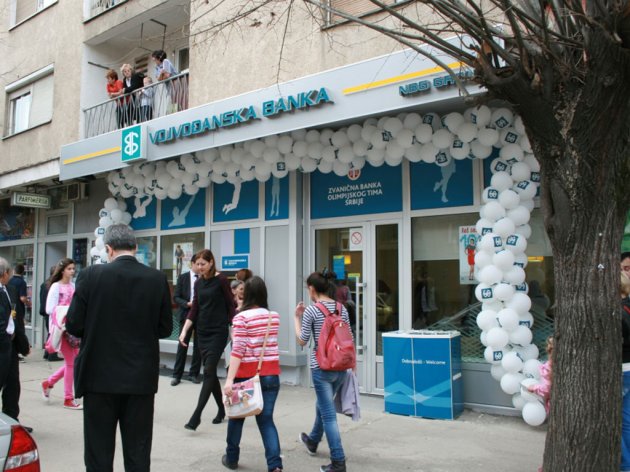 During 2017, five banks were sold or their takeover has been in progress and soon Vojvodjanska banka which is fully owned by the Greek National Ban could change the owner as well, daily Blic reports.According to Blic, three banks are interested in it, two of which are local and property of famous businessmen while the third bank’s parent company is in one of the neighboring countries.

- After Alpha bank, this is the second of four Greek banks in Serbia which is under hammer. The formal procedure has not yet started and the whole process will not take long. However, the sale of Vojvodjanska bank is certain and there is already a lot of interest in it - Blic's source from one of the leading banks in our market, says.

According to him, three serious banks have shown interest to take over this Greek bank.- One of two local banks has already made a financial offer, but one foreign bank did it as well immediately after, which is obviously very keen to take over Vojvodjanska Banka because its offer is far better - the source of Blic reveals.

Although this daily sent questions to address of all four banks, the answer came only from one bank which confirmed that it "plans to expand and enhance its market share in the market of Southeast Europe". They say that "for several years they have been working on the acquisition of one or more banks in Serbia." However, they did not want to reveal which banks are involved, explaining they will do so "at the very moment when it is certain and allowed from the aspect of business secret compliance", Blic reports.