Chinese to build heating pipeline from Obrenovac to New Belgrade – Works most likely to begin in 2018, project value EUR 200 million 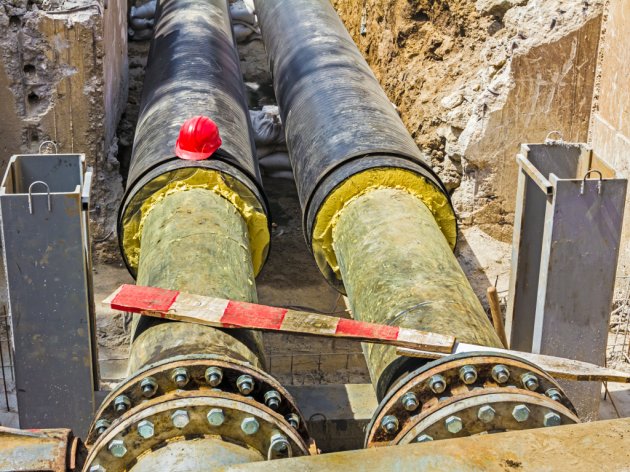 (Photo: Roman023_photography/shutterstock.com)
The Memorandum of Understanding for the project of the construction of a heating pipeline Obrenovac-New Belgrade was signed with the Power Construction Corporation of China. The project would cost around EUR 200 million, and the construction of the 28-km pipeline would secure a decrease in gas import and provide the people of Belgrade with less expensive heating.

The Memorandum on Understanding is an umbrella agreement, and concrete details are to be defined. Minister Antic hopes that this will be completed by the end of the year so that the works might start in 2018 and so that the project might be finished by 2020.

Minister Antic said that the implementation of the project would mean the realization of the decades-old idea of connecting Obrenovac's TENT with the New Belgrade heating plant. He reminded that the construction of the heating pipeline started in 1995, that pipes had been laid down, but that the project had been stopped after 2000.

Mayor of Belgrade Sinisa Mali pointed out that the construction of the heating pipeline would enable the hot water being drained from TENT to the Sava to be used, leading to considerable savings and reducing the river pollution. He also said that Beogradske Elektrane imported gas worth EUR 140 million a year.

– Considering that the project is supposed to substitute a third of the import, a little over EUR 40 million, the project worth EUR 200 million would pay off in 5-6 years – Mali said and reminded that the Detailed Regulation Plan for the area had already been adopted.

The details of the cooperation are yet to be agreed, but it is expected that Chinese companies will be contractors and structural designers, whereas the realization would be financed by the Chinese government.