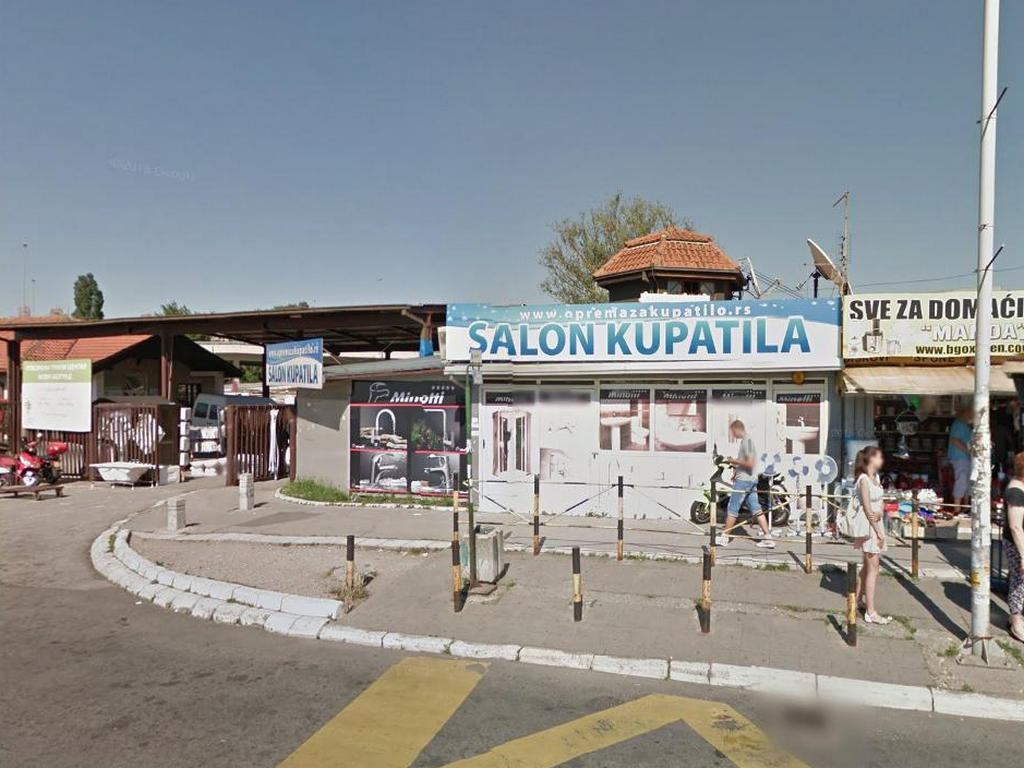 (Photo: Google Maps/screenshot)
New Belgrade might lose one of its symbols next year, as the municipality in which the Open Air Market, better known as the flea market, is located is only one of its potential new addresses. As City Manager Goran Vesic reveals, three locations are being considered for moving the market – aside from the municipality on the left bank of the Sava, Zemun and Vozdovac are in the running.

The moving of this open air market is envisaged by the General Plan of Belgrade, as the parcels across the street, taking up 9.25 hectares in the block 42, might soon become the address of the Lasta Bus Station and the Belgrade Bus Station.

Ivan Soco, the head of the PUE Gradske Pijace, says that people of New Belgrade, Zemun and Vozdovac should be delighted as a consumers’ oasis was planned there, raising the values of residential and office space.

– A genuine retail park is being planned. The modern open air market will take up 32,000 square meters, have 1,000 outlets of 75 square meters each. The central part will feature a square with restaurants and cafes, and there will also be a parking lot with over 200 spaces. Counter renters will have everything provided for them once everything’s been built in the new location – Soco says and adds that the renting price per square meter will remain the same.

– Since this is a civil engineering project, the works won’t take long – he points out.

Milutin Folic, the city architect, claims that the moving can be expected as soon as next year, Politika reports.