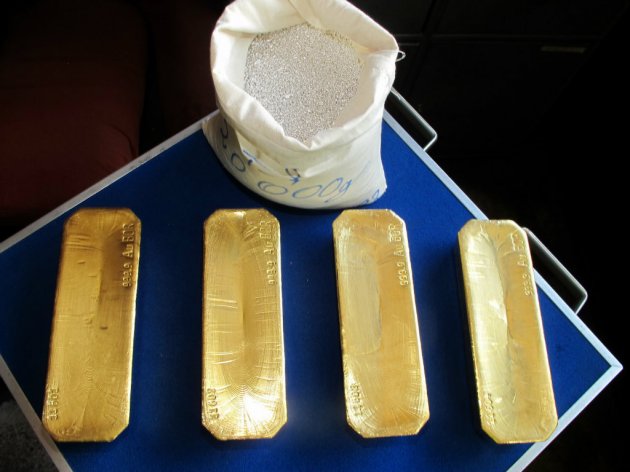 Four bars with 99.99% fineness (Photo: Ljubiša Aleksić/RTB Bor)
The facility for production of precious metals of RTB Bor cast 50 kg of gold on Monday, May 29, leading to revenues of around USD 2 million for the company, RTB Bor reported.

RTB Bor is obliged to offer the produced gold to the National Bank of Serbia first.

According to the latest data of the World Gold Council, Serbia is the 63rd country looking by the reserves of gold deposited in the central bank, with 18.8 tons, making up 7.3% of total state reserves. The majority of deposited amounts of gold come from Bor, where the only factory producing this precious metal is located.