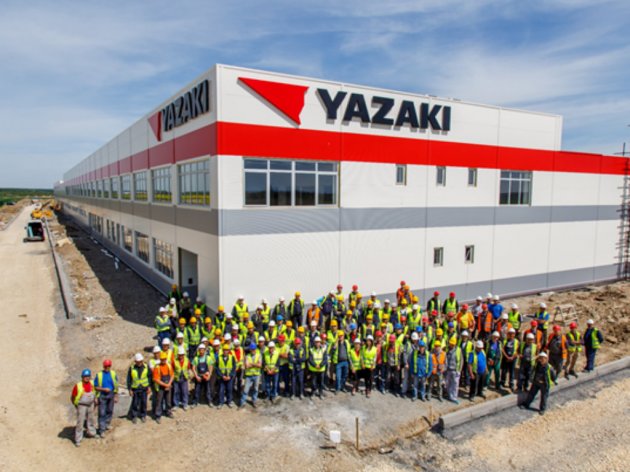 The company has announced that an additional 100 people will be employed in May and June.

– We will employ another 100 people in the next month and a half. Most of them will be employed in the production, whereas 24 jobs are meant for experts in various fields and administration. All our employees are provided with a permanent employment contract after a test period of 6 months. Furthermore, they will be enabled to advance considerably, as most of the job positions will first be advertised and filled internally. So far, 10 job positions have been filled this way, which means that certain employees were promoted after only three months – says Milos Davidovic, HR manager at Yazaki Serbia.

The construction of the factory in Sabac started last year, and its total area will amount to 30,000 m2. The factory will be producing electronic components for trucks, and training courses for all employees have been secured at Yazaki factories throughout the world. The big opening of this factory has been announced for September 2017.

– In order to meet the very high standards of the quality of employee training in the entire Yazaki Group, all our employees were obliged to pass certain kinds of training organized in Yazaki factories in the Czech Republic, Romania, Lithuania, Ukraine, Tunisia and Morocco. The Training Center is also being built within the factory in Sabac, and it will open in June. The newly employed will be trained for work in various job positions there – Davidovic says and adds that “by the end of the year, we will have trained and employed over 700 people, whereas our long-term goal is to have 1,700 employees by the end of 2019”.