Roads of Serbia must pay EUR 10.5 million to Alpina due to dispute over Beska bridge 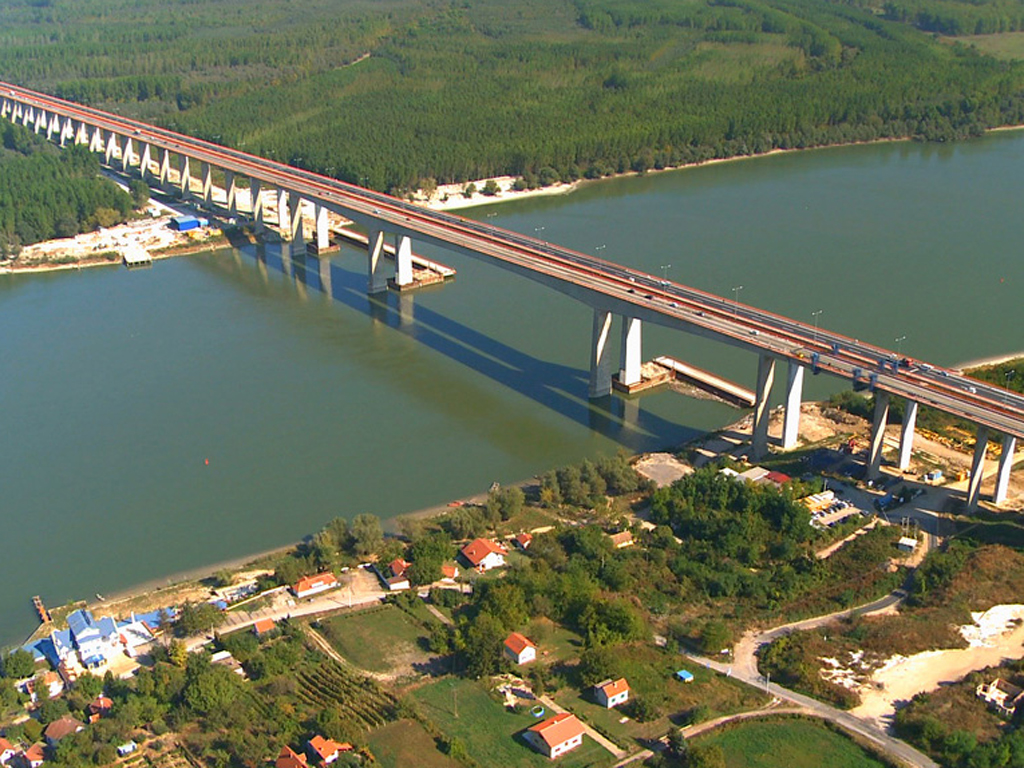 The bridge on the Danube at Beska (Photo: putevi-srbije.rs)
The Public Enterprise Roads of Serbia will have to pay EUR 10.5 million to Alpina by the end of March 2018, as per the settlement reached by the Serbian company with the construction company from Austria, which is undergoing a bankruptcy procedure, Novosti writes. The signing of the agreement put an end to all the disputes between these two companies pertaining to the construction of the bridge on the Danube at Beska. The Roads of Serbia claim that it no longer has any business relations with Alpina, except for the payment to be made in line with the reached settlement.

Alpina initiated the dispute at the International Chamber of Commerce Tribunal in Paris, requesting an additional payment of EUR 56.8 million for the works and a repayment of EUR 3.6 million, the amount they had been deprived of based on penalties for being late in performing the works, from the Roads of Serbia.

In the first instance proceedings, the Dispute Board arbitrated that the Roads should pay EUR 37.9 million in claims and repay the amount withheld due to the penalties.

The Roads didn't act in line with the first-instance decision and initiated a counter-claim for the same works on the Beska bridge, while expanding the procedure to include another two contracts pertaining to the rehabilitation of the old Beska bridge and the construction of toll plazas Kovilj, Beska, Maradik and Indjija. The claims towards Alpina based on all three contracts amounted to EUR 22 million.

– Considering that the payment would be made from the bankruptcy estate, the maximum amount would be six to eight percent of the total claims, that is, only EUR 1.3-1.8 million – the Roads claim. – This is why we've agreed to the settlement, by which all disputes in both Vienna and Paris are to end and we are to pay Alpina EUR 10.5 million by the end of March 2018, whereas each party is to settle its own court expenses.

The Roads have collected banking guarantees in the amount of EUR 5.2 million for the old bridge and the toll plazas and retained EUR 1.2 million in other projects until the arbitration is completed. The total amount from guarantees and unpaid amounts is EUR 10 million.

Vice President of the Chamber of Construction Industry of Serbia, Goran Rodic, reminds that there was a lot of controversy over the raising of the “twin bridge” on the Danube at Beska.

– The tender for the construction of a new bridge at Beska and the reconstruction of the existing one was opened in 2004. Even though the local consortium of Mostogradnja, Gosa, Planum, Pim, Min and Zavarivac had offered a lower price and shorter deadline periods, it was not awarded the contract – Rodic points out.

– The contract was signed with Alpina, which had offered EUR 37 million, whereas our companies believed that the bridge could be raised for around EUR 30 million. Later, due to additional works, bad projects and the appearance of a landslide, they asked for more than EUR 50 million.