New features in issuing fiscal receipts – Stickers with prominent marks in sales outlets by the end of 2017? 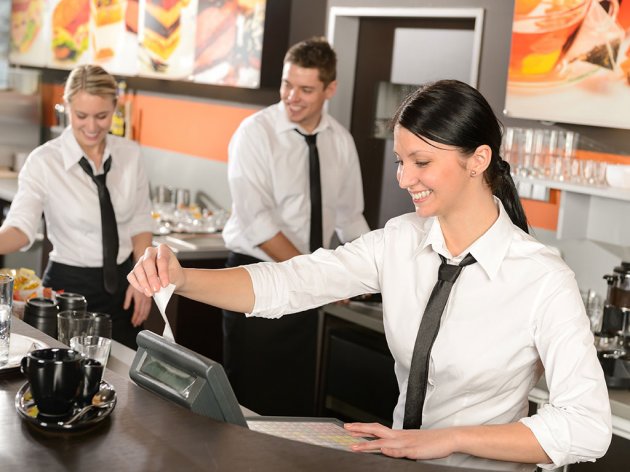 (Photo: CandyBox Images/shutterstock.com)
The sales outlets and hospitality facilities in Serbia might start featuring new stickers with prominent marks by the end of 2017. The stickers pertain to the type of receipts the facilities are supposed to issue, that is, whether they are fiscal or regular receipts.

The proposition to include the obligation of featuring prominent information on the kind of receipt the citizens are supposed to be issued in the new Action Plan for the implementation of the National Program for Suppressing Gray Economy was filed by the National Alliance for Local Economic Development (NALED) to the Ministry of Finance and the Tax Administration of Serbia.

The coordinator of the expert group for suppressing gray economy of the Government of Serbia and the legal counselor for the cooperation with the business sector at NALED, Dragana Ilic, said for Tanjug that it was expected from the Government of Serbia to amend the necessary regulations and to introduce the stickers with prominent marks indicating which type of receipt is to be issued before the end of the year, as the citizens couldn't know at the moment which facilities were obliged to issue fiscal receipt and which weren't.

– This will considerably improve fiscal discipline and reduce potential confusion or fraud – she said.

The accompanying regulations of the Law on Cash Registers, as they explain at NALED, prescribe displaying prominent information about the obligation to issue a fiscal receipt, but the information is often not prominent enough and often blends with other papers displayed within the facility, making it hard to notice.

– NALED proposes to replace the current notifications with brightly colored stickers featuring the capital letter F and the accompanying information, which requires amendments to the regulations to be made, whereas a similar sticker, featuring the R mark should be displayed by non-fiscal outlets issuing regular receipts, which require amendments to be made to the Law on Consumer Protection – NALED said.

According to NALED, their survey has shown that 80% of the citizens wouldn't report a facility or outlet not issuing receipts, whereas nearly a third of them claim that they don't ask for a receipt because it's inconvenient for them to start arguments and because they are not sure whether the seller is obliged to issue a fiscal receipt or not.
Companies:
NALED
Poreska uprava Srbije
Ministarstvo finansija Republike Srbije
Tags:
National Program for Suppressing Gray Economy
gray economy
issuing fiscal receipts
Dragana Ilic
Law on Fiscal Cash Registers
fiscal discipline
Share: