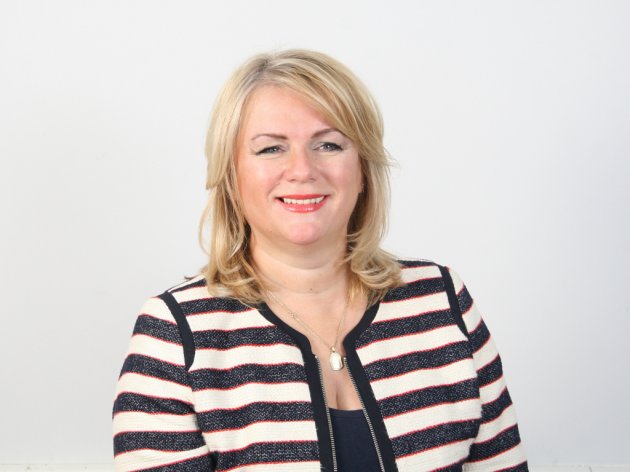 Snezana Djordjevic
The company Agrounik has been working on four new science projects in the past few years, especially in 2017. This year, the focus is on the project financed by the Innovation Fund and followed by the IPARD program, under control by the World Bank. The project is in progress and pertains to the preparation of a new product which should be implemented in suppressing a dangerous bacterial disease of apples, pears and quinces.

According to Snezana Djordjevic, founder and owner of Agrounik, the team working on the project consists of local scientists in various fields, and other participants include the Institute of Plant Protection, the Institute of Molecular Genetics, the Faculty of Agriculture and Agrounik.

Our interviewee notes that this is only one in the range of activities of the company, which has managed to link science and economy through its operations in the past 13 years and implement lab results in the fields, in agricultural production. She believes that this must be the essence of all scientific research, which is why she's decided to leave her career as a professor and become an entrepreneur.

“We used to explain to agriculturists how Slavol works”

Snezana Djordjevic entered the world of entrepreneurship from academic circles, as a professor at the Faculty of Agriculture, as she wanted to put her scientific work to practice. She decided to found the company in 2002, as she reached results while working on her PhD thesis she believed could prove very useful to agricultural producers.

– I managed to isolate a large number of bacterial species stimulating the growth of plants by producing various enzymes and, after the completion of my thesis and several adjustments, I realized that this is not just theoretical science – eKapija's interviewee explains.

The start of her entrepreneurial endeavors was marked by great enthusiasm and the desire to start implementing her research. She managed to acquire a small 70-liter apparatus immediately and that was the initial capacity she started producing Slavol with. As she says, these were minimal investments. There were no other options, considering that it was the time before the appearance of developed funds and credit lines for startups. 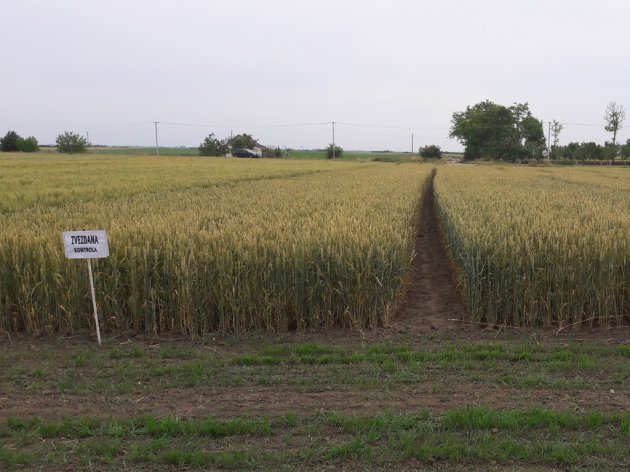 Application of Slavol on wheat
– In time, I brought together science and marketing, as we were creating new technology intending to sell it. Our first product, Slavol, is a microbiological product – these are species of bacteria producing stimulative compounds, which is something that needed to be explained to agricultural producers literally, in order to show them how it worked. In those initial years, I conducted numerous field experiments with various plants in various parts in Serbia. The experiments practically acted as presentations of our product, which were followed by the sale, as agriculturists witnessed the concrete effects – Snezana Djordjevic emphasizes.

Slavol was the first product that Agrounik put on the market and started doing business with. Only a year later, as soon as the conditions had met, they invested in new production equipment, new people were employed and the company started developing.

– Agrounik now owns an entire factory, but we progressed step by step in the beginning, with a lot of ambition and enthusiasm. I got my first loan from the development fund – EUR 18,000, which was invested in equipment. I was able to buy and make the devices and to have the company raise the level of production as soon as the next year. Later on, I used another loan from the Development Fund to raise an industrial hall. Everything I could earn was being saved for that endeavor and I then took out a loan, which I repaid in the meantime – Snezana points out.

The company now offers 16 products meant primarily for soil treatment. Snezana reminds that the degradation of soil is in progress, and experts agree with this and warn that excessive use of chemical products and fertilizers leads to the reduction of humus.

– The concentration of salt increases, salinization and acidization of soil occur, and out products are meant to counter the excessive use of chemical products. We add beneficial microorganisms which practically clean the soil from salt, heavy metals and other pollutants. They've proven to be very efficient – the owner of Agrounik emphasizes.

The company offers seed treatment products, foil supplemental feeding products, i.e. leaf treatment for room and balcony flowers, and a relatively new product containing natural amino acids found in plants. There are also products for the preparation of silage, and the newest group of products is used for waste water treatment.

The company employs 30 people, of which only two with secondary education, whereas the rest have a college or university degree. These are mostly agronomists, agricultural engineers of various profiles and people with PhD.

Aside from Serbia, Agrounik is present in Croatia, Macedonia and Bosnia and Herzegovina through subsidiaries and offices. Their products are also sold in the markets of Slovenia, Montenegro, Bulgaria and Greece, and they are also negotiating with Romania. In 2018, they will start operating in Russia as well. Snezana says that exports make up close to 50% of the turnover starting with this year.

– These are mostly markets in the region, the proximity of which enables transport from our factory in Simanovci. We also had very good results in Bulgaria last year and we've been very successful in Greece for three years now. We had an opportunity there to test the effects of our products on olives and kiwi, in an entirely different climate.

From the Agrounik lab
Agrounik's customers in Vojvodina are mostly agricultural cooperatives, whereas, in central Serbia, it's predominantly agricultural pharmacies and wholesale outlets. Still, Snezana emphasizes that the products are used by both big and small producers. This brings security to the market, as the production can't depend on one big company alone.

Acknowledgments for successful work and innovations

The quality of Agrounik was recognized by the public as far back as 2008, when they were pronounced the best SME, whereas Snezana was awarded the woman entrepreneur of the year acknowledgment in the Blic Preduzetnik selection. This year, Ernst & Young (EY) awarded Agrounik for innovation in its annual selection, recognizing the connection between science and economy and the practical implementation of scientific research and achievement, which Snezana has based her entrepreneurial path on.

Our interviewee has managed to connect science and economy through Agrounik. She claims that she is satisfied with the results, even though she says that it's noticeable that people need to take more care about everything today and to save.

– I believe that what I've done through entrepreneurship I would never have been able to do at the faculty, even though I still hold lectures. There's great knowledge at institutes, waiting to be discovered. On the other hand, there's an Agrounik branch specialized in scientific work only – Biounik – our interviewee points out.

She believes that the state might offer certain measures for using products benefiting the soil, for example, partial tax exemptions or subsidies for agriculturists. The benefit is manifold, and this would be a long term investment in agriculture for the next generations as well.