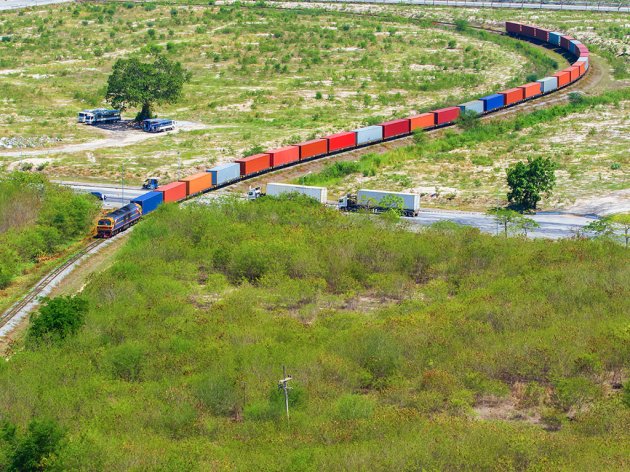 (Photo: nattanan726/shutterstock.com)
The Russian Railways are interested in building the most modern railway dispatch center in Serbia, which will be discussed as soon as the new Government of Serbia forms, Sergey Pavlov, General Director of RZD International stated on Friday, May 5.

– It has already been proposed for us to build the most modern railway dispatch center in Belgrade. This will be one of the topics in the talks we are to have with the newly formed Government of Serbia in June – Pavlov said.

Pavlov reminded that the preparation of the project for the new dispatch center had been envisaged and pointed out that it had already been completed and that talks about its construction were to follow.

– The center will enable the tracking of goods not just in Serbia, but in the entire territory of Europe as well. This would be very significant not just for the infrastructure of the Serbian railways, but for Serbia Cargo as well, as it would give them an entirely new model for planning, managing transport and managing transport of goods – Pavlov said.

He emphasized that Serbia would thereby be provided with an instrument for managing transport by using the latest technologies and technical solutions.

The Russian institute NIIAS and the Institute of Transportation CIP signed an agreement on preparing a structural design for a unified railway dispatch center at the Government of Serbia last year.

The dispatch center of Serbia is already more than 30 years old and is technologically outdated, and Deputy Prime Minister and Minister of Construction, Transport and Infrastructure Zorana Mihajlovic stated that a new one was necessary in order for Serbia to have modern railways to be connected with the region, as well as that the manner of financing the project would be defined once all the technical details were revealed.