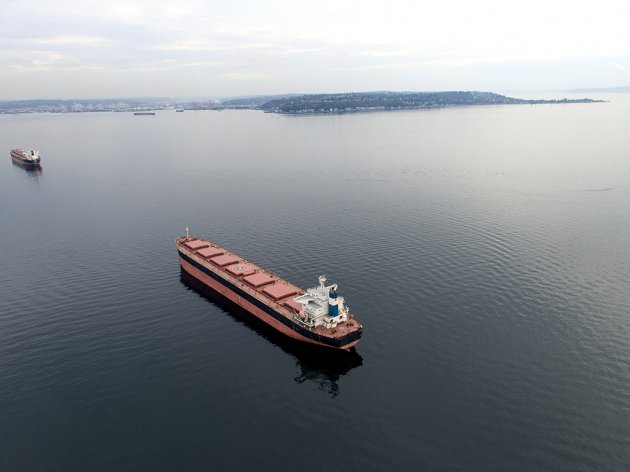 Illustration (Photo: Plume Photography/shutterstock.com)
The Montenegrin state company Barska Plovidba is to cede the direct route to Italy to its neighbors after 52 years. The agreement on cooperation was signed with Croatia's Jadrolinija in Rijeka, enabling the re-establishment of the sea route Bar-Bari, beginning with May 19, Milo Paunovic, Director Executive of the Bar-based company said.

It was agreed for Jadrolinija to sail the route only during the summer, when the profit is the biggest. The Croatian boat will travel between the coasts of Montenegro and Italy for several months starting with May, which is good for Montenegrin businessmen, who had to import the goods through Albania, and bad for Montenegrin seamen, as it puts them out of work.

– The insurance company Biro Veritas notified Barska Plovidba in the first half of September that “Sveti Stefan 2” had lost its class designation. The company's management even tried to hide it for a while – minority shareholders say.

– Not only have they not been capable of purchasing a boat to replace “Sveti Stefan 2”, which was first announced ten years ago, but they can't even sell the ferryboat, which has been tied in the Port of Bar since early December, causing the Bar company's expenditures to pile up. Each day of the boat's presence in the Port of Bar means less money in Barska Plovidba's funds. The estimate is that the damage done exceeds EUR 100,000.
Companies:
Barska plovidba a.d. Bar
Jadrolinija Rijeka
Bureau Veritas Croatia d.o.o. Rijeka
Luka Bar a.d. Crna Gora
Tags:
Barska Plovidba
Jadrolinija
Biro Veritas
Port of Bar
Bar Bari route
Milo Paunovic
ferryboat Sveti Stefan 2
ferryboat
Sveti Stefan 2
cargo boat
cargo boat Bar
Share: