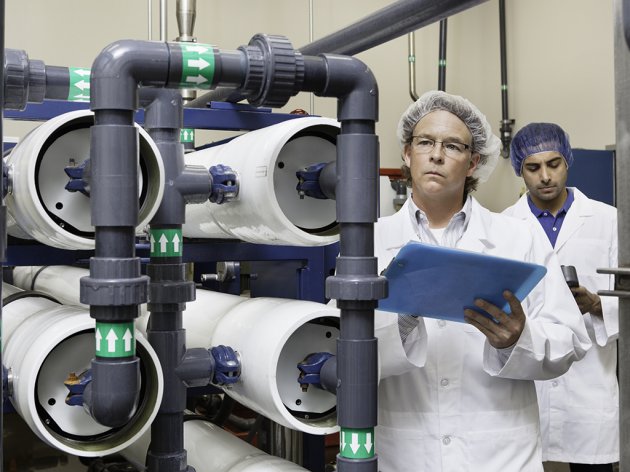 (Photo: bikeriderlondon/shutterstock.com)
Beginning with the next month, technical equipment in Serbia will be brought in line with European standards by passing quality control procedures in one of the 15 accredited labs, reports the website of the Government of Serbia.

Jovan Petrovic, Assistant at the Ministry of Economy, says that the new quality testing equipment, worth a total of EUR 3.2 million, will be installed from May to September in 11 accredited laboratories, whose representatives signed the pertinent agreements at the Government of Serbia on April 20. The remaining four labs, as he announced, will get the equipment worth EUR 1.8 million once the tender procedure has been completed.

The total value of the project of procurement of equipment necessary for enhancing the quality testing services in Serbia amounts to EUR 5 million, of which EUR 4.5 million provided by the EU from the pre-accession funds and EUR 500,000 by the Ministry of Economy.

According to Petrovic, modern labs are very important for Serbia, as the exports increased by 11.5% compared to the previous year.

He also reminded that Serbia has fully brought its regulations in line with those in the EU, namely, 12 European directives and the accompanying standards.

– Products made in line with those standards bear the triangular AAA mark, indicating compliance with the EU standards, which shows that we are a serious and reliable partner in the European integration process – Petrovic pointed out.

He cited as an example the fact that PVC joinery makers would be able to test the safety and quality of their products in Serbia instead of abroad, making the process less expensive and time-consuming.

Steffen Hudolin, Head of Section of the EU Delegation to Serbia, pointed out that the European Union had helped the Serbian industry by donating EUR 6 million and said he expected the tender procedure for the remaining four labs to be completed successfully.

Hudolin explained that the additional million euros had been donated by the EU for the Twinning project “Strengthening Capacities of National Quality Infrastructure and Conformity Assessment Services in the Republic of Serbia” in order to help the Serbian legislature harmonize with that of the EU.

The agreements were signed by representatives of the Directorate of Measures and Precious Metals of the Ministry of Economy, the Institute of Civil Engineering and Architecture of the Faculty of Civil Engineering and Architecture in Nis, the Department of Testing and Control at the Gosa Institute in Smederevska Palanka, the Laboratory for Noise, Vibrations and Pressure Vessels and Occupational Safety and Environmental Protection AD Belgrade.

The other institutions to get the equipment are the Faculty of Forestry in Belgrade, the IMS Institute Belgrade, Jugoinspekt Belgrade, Kvalitet Nis, the RTS certification authority Development and Certification, the Technical Test Center at the Department of Planning and Development of the Serbian General Staff and the Vinca Institute of Nuclear Sciences.