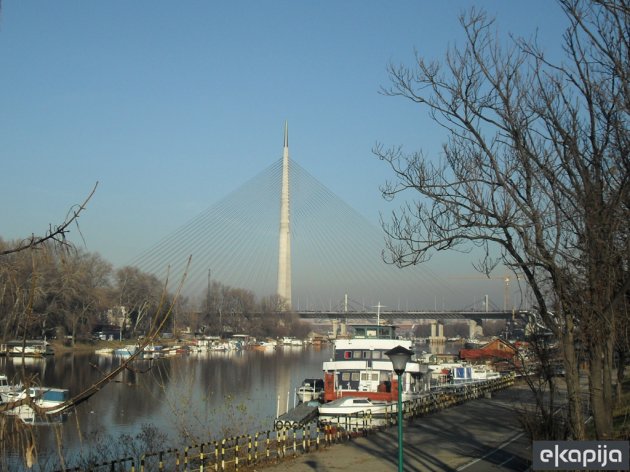 Ada Bridge (Photo: Suzana Obradović)
Access roads around two kilometers long which will connect the Ada Bridge and Tosin Bunar were not completed before April 4, as previously planned, and will instead be completed in late June.

The Belgrade Land Development Public Agency has opened a public invitation for additional services of project manager, engineer and supervision of works on north-side access roads, and the documentation says that the deadline has been extended by 78 days, i.e. until June 21, instead of April 4, which marked the expiration of the one-year deadline from the date of the possession of site by the Spanish company Rubau.

The reason for the deadline extension is cited as “unforeseen excavation, loading and transportation works, discrepancy between the underground waterworks installation with the actual situation in the field, replacement of old pipes...”.

The EUR 13.5 million project is financed by EBRD funds.

The boulevard will be the fastest lane through New Belgrade after the highway, as it will only cross the Omladinskih Brigada Street and the Crvene Armije Blvd, whereas the section across the Djordja Stanojevica Street and the Antifasisticke Borbe Street will be built as an overpass.