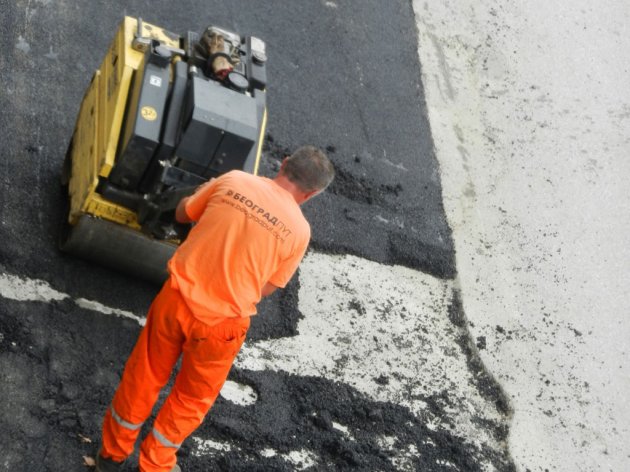 The project of the construction of the Petlovo Brdo interchange and the continuation of the works on the Orlovaca interchange might finally restart after four years of stagnation. These are the missing links from the bypass route around Belgrade, which is to bridge the Ibar Highway and simplify the route towards Bubanj Potok.

As Novosti learns, the construction site will re-open in autumn. The PE Roads of Serbia says that the project of the construction of the Petlovo Brdo interchange and the continuation of the works on the Orlovaca interchange is close to completion. The preparation of new project documentation is in progress, in line with the agreement signed between the parties which had submitted the complaint, the European Investment Bank and the PE Roads of Serbia, as well as the preparation of the tender.

– The contractor will be selected at the tender which should be completed with consent of EIB by the end of August – the Roads of Serbia add.

– The signing of the agreement with the contractors and the beginning of the construction of the Petlovo Brdo interchange are expected to take place in September 2017, and it should be completed in 2018 at the latest.

The investor reminds that the entire project will be financed by the EIB loan.

Let us remind that the construction of this part of the bypass route has been prolonged due to protests of the residents of this part of Rakovica and the dissatisfaction with the design which envisaged cutting down trees in the Borici Park. The agreement with the contractor selected in 2013, Strabag, who had offered the most favorable bid of EUR 6 million, was terminated by mutual consent due to the said halt. In the meantime, the residents and the Roads of Serbia agreed for 87% of the Borici forest area to be preserved, requiring modifications to be made to the project and further prolonging the realization of the works.

Aside from the construction of the interchanges, a construction site on the span from Strazevica to Bubanj Potok should also open. Although Minister Zorana Mihajlovic has announced that the works are to begin soon, the deadlines have not yet been specified.

– Since the continuation of the construction of the bypass route around Belgrade is one of the priority infrastructural projects, the Government's interest is for the works on the section from the bridge on the Sava at Ostruznica to Bubanj Potok, in the length of 19.5 kilometers, to begin as soon as possible – the Ministry of Construction, Transport and Infrastructure says.