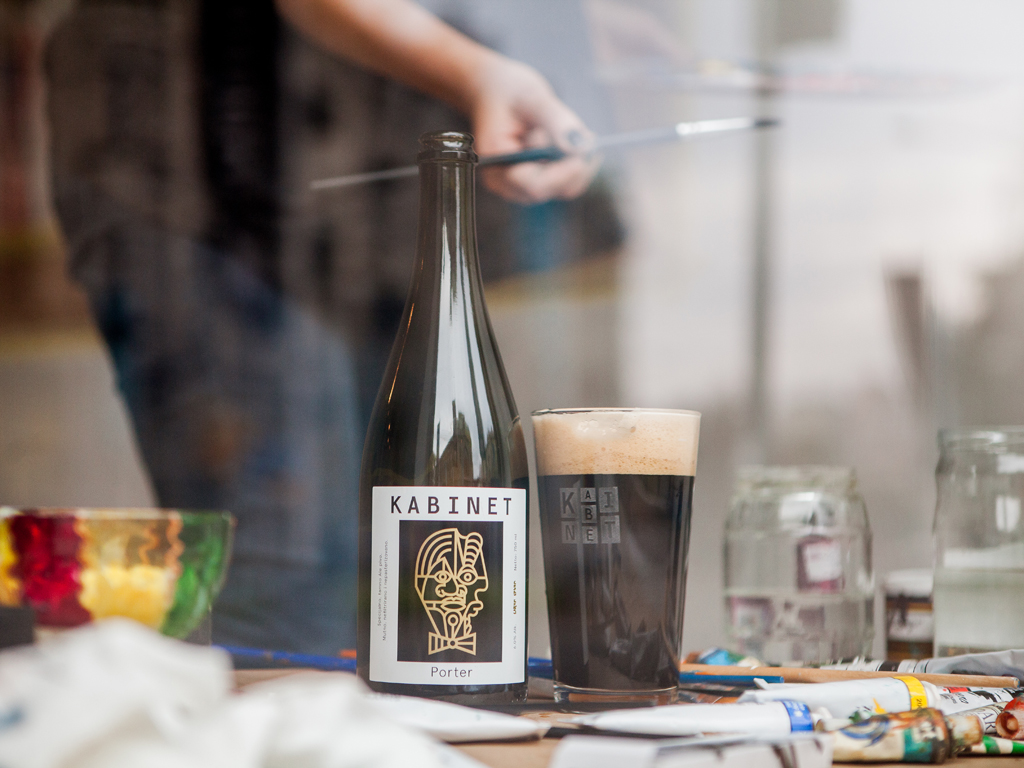 If Saci, Pop My Cherry, BrrkAAA and Melisa sound to you like names of exotic cocktails, you're mistaken. These are unique craft beers - from Nemenikuce on the slopes of Kosmaj. Along with them, there are also Pablo, Vertigo, Cassius, Vista Mikkeller, Bastardo, etc.

Passionate gourmets and lovers of beer, a couple Kosara Dangic Melentijevic and Branimir Melentijevic, in their wish to offer high-quality craft beer to domestic market, they set up Kabinet Brewery. On the slopes of Kosmaj, in Nemenikuce village, in May 2013, they started construction of a modern brewery where real finest unfiltered, unpasteurized beers are produced. Production was launched in February 2014, and already in the first year, Kosara Dangić Melentijevic says in an interview for eKapija, they cooked 13 different beers.

- Kabinet emerged from a desire to produce natural, high-quality and authentic beer which will not become boring day in day out. Craft beer was a continuation of our shared passion for food and taste – our interlocutor, who has been working for years abroad with his spouse, before opening of Kabinet. When they started a family, they decided to continue career in Serbia, and their intention was to start producing something that had not existed in our country. 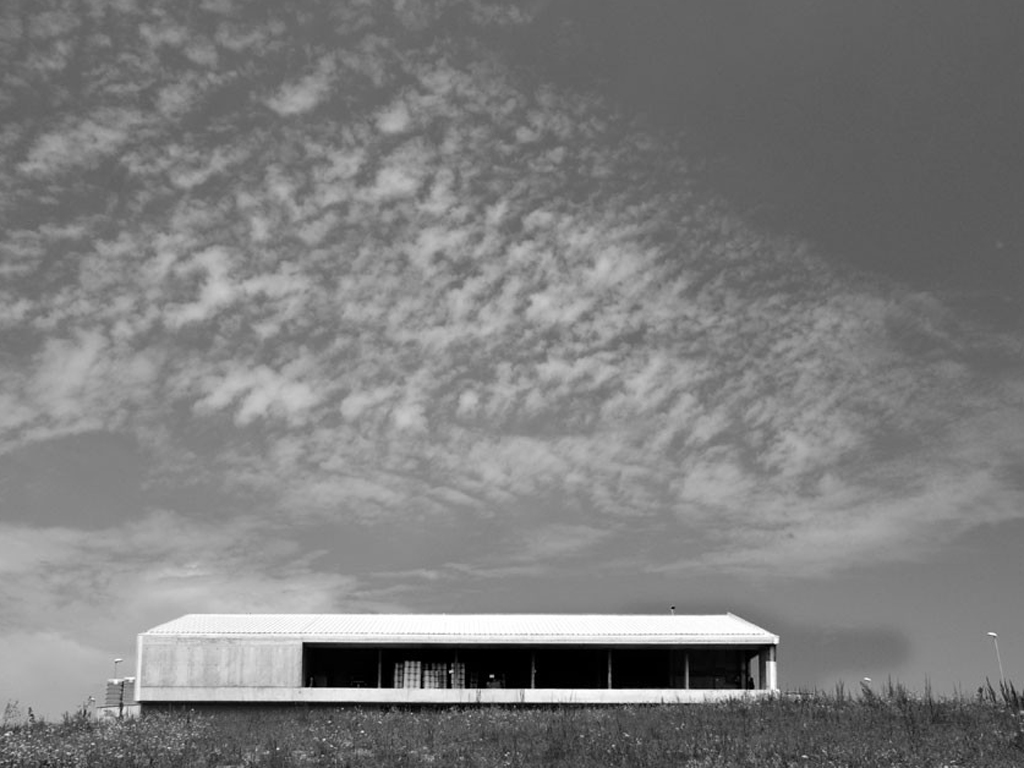 Construction began in 2013, the project developed by Studio Fluid) It took a year to make business plan and organization before the start of construction, The location at Kosmaj, our interlocutor says, dazzled them with its uniqueness – roof of Sumadija, near Belgrade, with a special microclimate. Kosara and Branimir designed a brewery, and the project was done by Studio Fluid, led by deceased architect, Djordje Geca.

- In the meantime, production doubled, and we are now "on the edge" – we will soon need new space. Our cooking is 2,000 liters. We try to follow market needs and not to make big breaks between cooking - Dangić Melentijević explains, adding that tasting area has been under construction and that they hope to open it this year.

When asked if starting from the scratch is difficult, our collocutor says smilingly:

- Any start from the scratch is risk, but also a great advantage. It is to do things the way you want, because you are here from the start. Startup is like raising a child on their feet, daily work with which you wake up and go to sleep. Investments were high, because it is a greenfield project, especially new equipment from Italy, as well as ingredients of the highest quality. We were lucky we had support of long-term business partners. 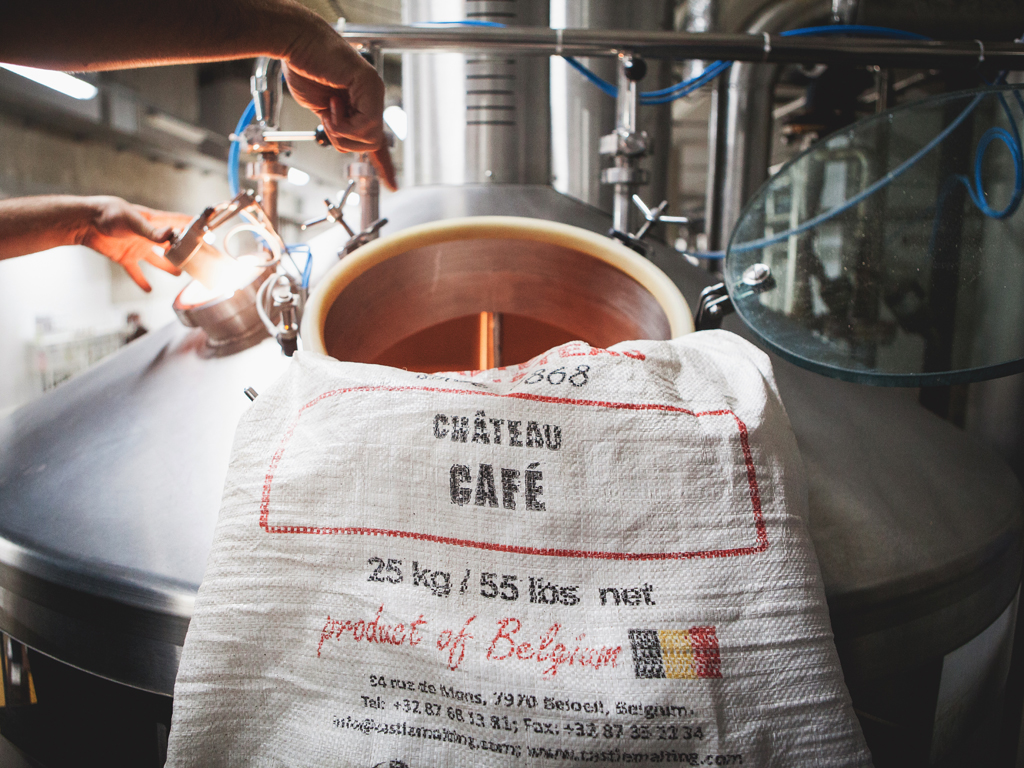 Raw materials come from Belgium, France, etc.
– Two people are in charge of marketing, they are daily in contact with clients and they plan distribution. I am there – I design beer characters, decide on visual identity through collaboration with artists as well as on general strategy, development and communication. One part of the team is responsible for organization of exports - Kosara Dangić Melentijevic explains, adding that distribution has worked alone until recently.

Beer as a work of art

Kosara Dangic Melentijevic revealed how they decided to cooperate with designers and create unusual labels, which makes Kabinet known.

After very successful 2016, during this year the focus will be brewery and opening of its doors to curious visitors. Certainly, Kabinet expects a lot of new beers. Our interlocutor points out that they were very satisfied with current results. 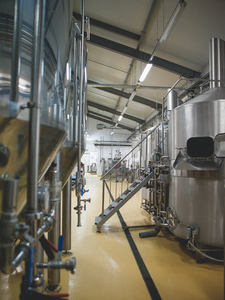 - We are proud to cooperate with Danish virtuoso Mikkeller (one of the world's biggest names in craft brewing scene, prim. aut) with whom we have three beers, as well as that we are the only one in the region who deal with beer aged in barrels of awarded brandy Monastery Kovilj. For the past three years, during cooking several different beers, we often used local ingredients, such as honey from Homolji, lemon balm from Kosmaj, hemp from Banat, cherries from Pozega, etc. We are also proud of the international award for the Best label series in the region - RegPack award for the best local brewery and beer - RateBeer, then Best from Serbia – for successful start up implementation , as well as of nomination EY Entrepreneur of the year, among more experienced entrepreneurs.

Most commonly, importers of their beers present at local festivals, and Kabinet attends beer events in Belgrade, Novi Sad and Nis. Also with Samo pivo pub, they organize regional festival of international craft brewers - Carousel. Here, our interlocutor says, they are trying to present the best world trends.

The Cabinet, in early 2014, was a pioneer in Serbia, and now there are more than 20 small breweries.

- Of course, with differences in equipment, components, capacity, styles which each brewery offers. Also, our store Expert in beer now has over 150 foreign craft beers, so generally, trend of craft beer incredibly quickly blossomed at our market.

Last year, the Cabinet offered to customers and the unusual - pivolada.