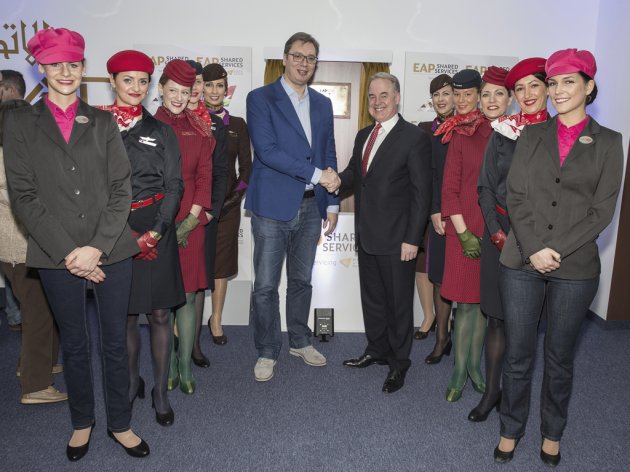 From the opening
Etihad Aviation Group opened the Shared Services Center in Belgrade on March 13. The new facility will perform contact center and loyalty operations in Europe for Etihad Aviation Partners network members.

Initially, over 200 people will be employed at the center, which is planned to increase to approximately 685 people by 2020. The workforce is set to handle more than 4.4 million calls by 2020.

Prime Minister Aleksandar Vucic said at the opening ceremony that he was happy that the center was being established in Belgrade and that it demonstrated that Serbia was capable of standing shoulder to shoulder with the best nations in the world and that “we belong among those people and those countries”. 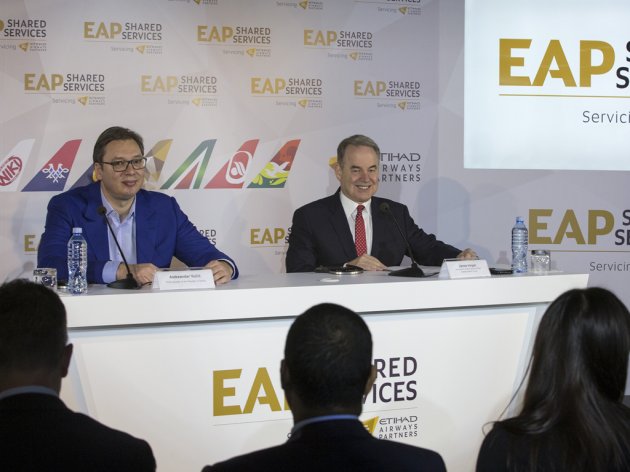 Aleksandar Vucic and James Hogan, CEO of Etihad Airways, at the opening
Vucic also noted that 27 companies were interested in the concession of the Nikola Tesla Airport, among which were companies from China, France and Germany.

He added that there would be a big battle for the concession, as everyone saw Belgrade as an important place and a meeting point of all roads, not just in Southeast Europe, but in a considerable part of the entire Europe as well.

Vucic also said that Etihad was also to be thanked for an increase in the number of tourists in Serbia and Belgrade.