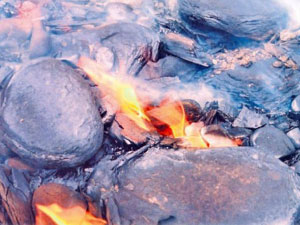 Naftna Industrija Srbije (NIS) is seriously considering exploiting oil shale from the Aleksinac basin, in which it is prepared to invest around EUR 300 million in the first stage of the project alone. The entire project, which would considerably increase oil and gas stock in Serbia, might take root as soon as mid-2017, as Politika learns unofficially.

Oil shale is located on the surface and is extracted as ore, with a certain percentage of oil being extracted from each ton, afterwards sent to the processing at a refinery. All explorations made so far have confirmed that the percentage is very high, amounting to as much as 13.5% to 15%.

It has been estimated that the realization of this project, which Serbia has been waiting for for nearly half a century, might lead to employment of 1,000 new workers, whereas the state would earn more than two billion a year in taxes alone.

Shale, as Politika's source says, is Serbia's big energy resource, and the proximity of the Pancevo oil refinery, where shale would be processed, would considerably increase the cost-effectiveness of the entire project. The exploitation of shale would produce electricity for households, enable oil processing for the agricultural sector, produce heating energy...

Local experts agree that the Russian technology is best suited for oil shale exploitation in Aleksinac, providing the highest degree of environmental protection, which is the main issue in any exploitation process. However, if Estonia, as an EU member , has managed to develop the technology meeting strict European environmental standards, the idea is that Serbia might too.

As far back as 1977, first shale samples were sent to Estonia from Aleksinac. It was clear back then that several million tons of shale could be extracted a year from the basin and that 500,000 to 600,000 tons of oil could be processed, which amounts to around 15% of annual oil consumption in Serbia.

In 2012, Serbia placed on the list of 10 countries featuring the biggest oil shale sites. Another reason for NIS to get involved in this big project is the fact that the production becomes cost-effective once the oil price reaches around USD 45 per barrel. Seeing how the price is slowing heading towards USD 60 per barrel, it's clear that it makes sense for NIS to get involved.