Electricity as viable alternative? – Electric cars being kept off Serbian roads by lack of subsidies and charging stations 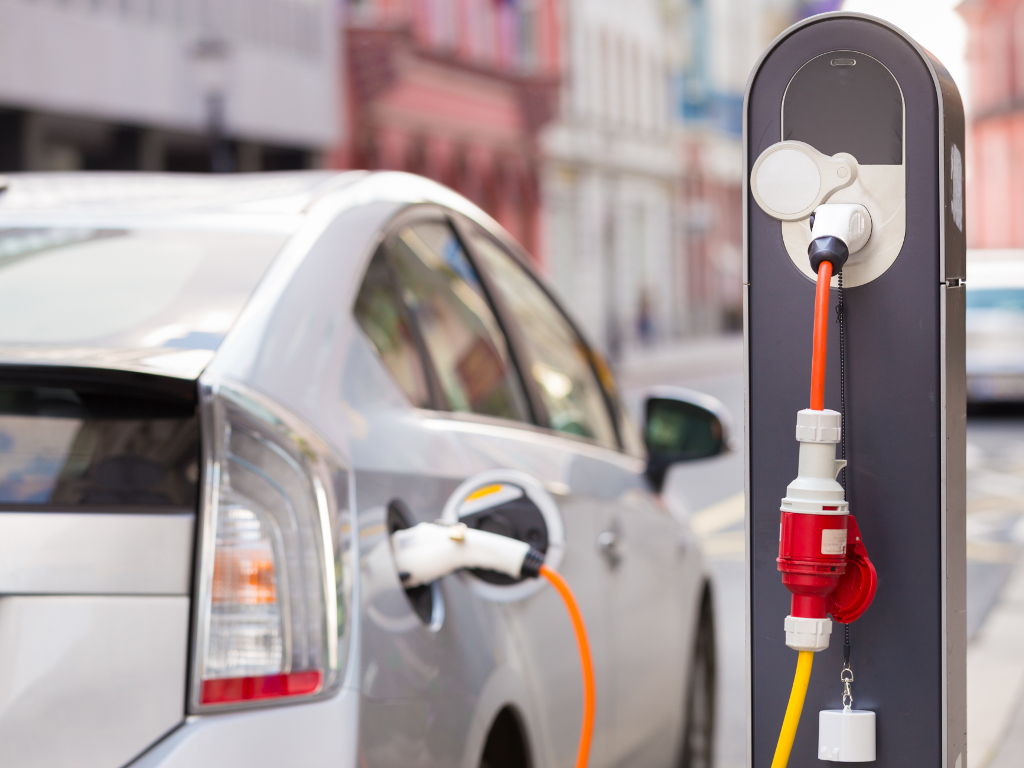 (Photo: Matej Kastelic/shutterstock.com)
Since January 1, 2011, when the new license plates started being issued, a total of 114 electric vehicles and 90 hybrid vehicles have been registered in Serbia, the Ministry of Internal Affairs says for eKapija. The information that the total global sales of plug-in vehicles in 2016 amounted to 773,600 units, as much as 42% more than in 2015, shows how far away from the world trends Serbia is.

The estimates show that roads throughout the world should see over a million new electric and hybrid vehicles this year.

The trend of purchasing these types of vehicles is growing rapidly in the world, despite the fact that these vehicles are still considerably more expensive than the conventional models. Environmental awareness and lower expenses are among the main reasons for customers’ opting for them.

It is not surprising, then, that the biggest share in the sales is seen in the markets of the richest countries. In Norway, nearly every third new car had an electric drive last year. Among the leading purchasers are also drivers from Holland, Iceland, Sweden, Switzerland, Belgium... The share in the European Union, however, amounts to merely 1.3%.

For Serbia, however, even that seems impossibly high. Still, it doesn’t mean that progress hasn’t been made.

Delta Motors has announced the introduction of electric cars BMW i3 and BMW i8, as well as hybrid vehicles, to the Serbian market. The plan is for the sale of the first models to start during the 2017 Belgrade Motor Show, which is to start on March 24. Following the completion of the exhibit, the test hybrid vehicle BMW 330e will be made available to interested clients.

As the company says for eKapija, “although the sales of this type of vehicle are growing 20 times quicker than in the entire world market, this is a wholly new segment of the Serbian car market, whose potential is not known to us at the moment”.

– The fact is that there’s a great interest for it. Considering the positive global trends when it comes to the sales of the so-called plug-in vehicles, our expectations are more than optimistic – they say at Delta Motors.

In order for these expectations to be fulfilled, however, customer interest will not be enough. As pundits say, primarily, the state needs to be more active in this field. The fact that Serbia is one of the few remaining European countries still not approving any kind of incentive for purchasing ecological vehicles is more than illustrative as to what the state’s first move should be.

Whereas a customer in Slovenia or Croatia stands to receive up to more than EUR 7,000 from the state if they decide to purchase an electric or a hybrid vehicle, in Serbia, this is not the case. The country is, unfortunately, also behind countries with weaker economies, such as Macedonia and Albania, in this segment.

Money as only one factor 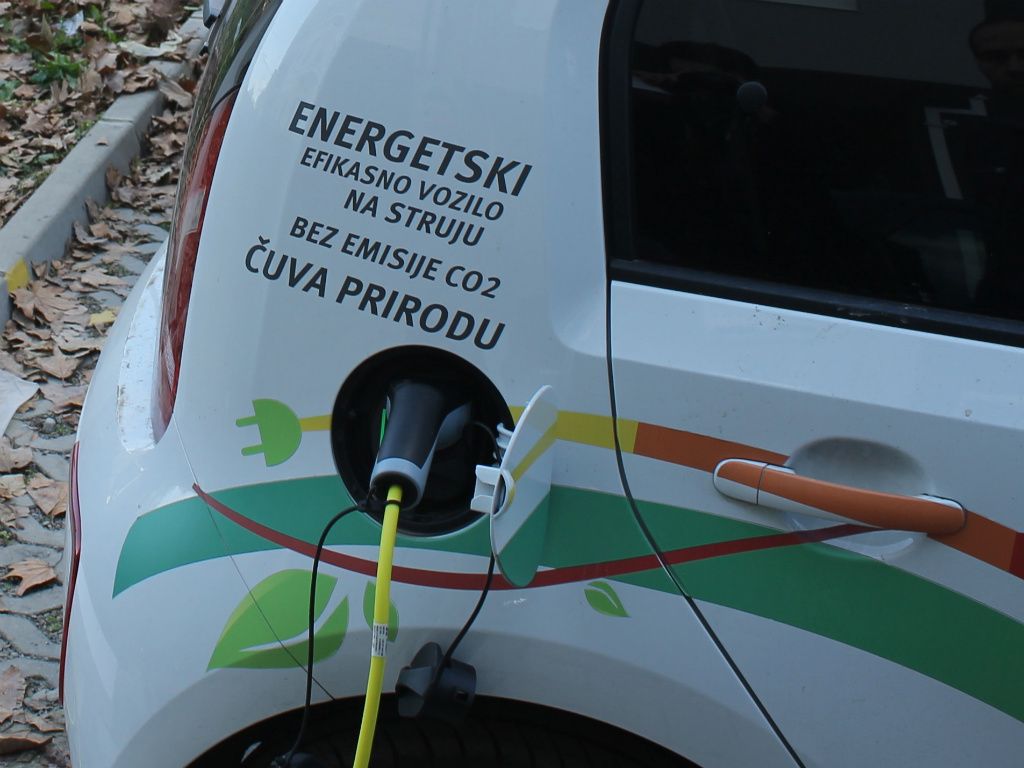 Tax exemptions and subsidies may be the most important ways to support the environmental awareness of local drivers institutionally, but they are not the only ones.

Owners of these cars in Norway, for example, are exempt from paying the annual road maintenance taxes, public parking fees and road tolls, in addition to being exempt from taxes when purchasing a new electric car, and they are also allowed to use the yellow line in cities.

At the moment, as the Ministry of Internal Affairs says, motor vehicle tax is not paid in Serbia for cars running on electricity exclusively, whereas local utility taxes on vehicle ownership are not paid if the local self-government has so prescribed.

A great advantage for drivers in Norway and other countries as well, compared to Serbia, is the fact that they can count on being able to charge their vehicles.

In Budapest alone, for example, around 250 new electric vehicle charging stations are supposed to be put into operation, whereas Croatia enables charging at around a hundred locations at the moment. The number continues to grow, as the Croatian electricity distribution service, which now owns around 50 stations, will start installing ultra-fast chargers as well this year. It should also be noted that these can be used for free.

Delta Motors confirms that the lack of public electric charger infrastructure is a big problem.

– This is currently the biggest limiting factor when it comes to mobility – they say and note that the company plans, for a start, to install chargers in facilities owned by Delta Holding and within the network of authorized BMW vendors. Furthermore, they are negotiation with certain shopping malls as well.

Some banks and hotels have already installed chargers in the parking lots for use by their clients and employees. For example, the new Societe Generale bank’s building in New Belgrade is equipped with an electric car charger made by Schneider Electric.

– Serbia can’t remain outside the circle of the countries in the region which already have charging stations. We expect the system to take root here soon – Markovic said recently and added that progress in the field could be expected in the next 12-18 months.

The Futog-based company Spark Systems, which has been offering electric vehicle chargers to its customers since 2010, agrees with this.

– Seeing how the infrastructure has been developed in nearly all the countries of the region, we believe that it is inevitable that our state will soon start dealing with this issue – Boris Miljatovic of Spark Systems says and adds that “if there’s no state support, there can’t be progress and implementation of technology either”. 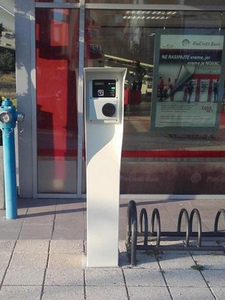 Households mostly use slow chargers, with the charging time being about eight hours, whereas chargers meant for shopping malls, public parking lots and garages and open city parking lots can charge a vehicle in one to four hours.

Gas stations, taxi associations and companies with big rolling stocks are recommended ultra-fast chargers by the company. The charging time is 5 to 15 minutes, depending on how full the battery is.

For households, it generally takes less than EUR 1,000 to install them, whereas ultra-fast DC chargers can require more than EUR 10,000.

As they say, they are receiving more and more calls, both from the residents of Serbia and from abroad, inquiring into the locations where electric vehicles can be charged for free. Spark Systems has therefore installed chargers, in cooperation with ProCredit Bank, in Pancevo, Nis, Kragujevac and Cacak, whereas Novi Sad and Subotica, as well as Doboj in Republika Srpska, are to follow.

The company has also gifted one charger each to Kopaonik and Zlatibor and has prepared potential projects for shopping malls looking to install chargers in their parking lots.

On the other hand, as the Ministry of Transport says for eKapija, the state road network currently doesn’t feature electric car charging stations, and their implementation, they add, might be expected after the local legislature has been harmonized with the EU regulations on promoting clean and energy-efficient vehicles in road transport, as well as on the development on alternative fuel supply infrastructure.